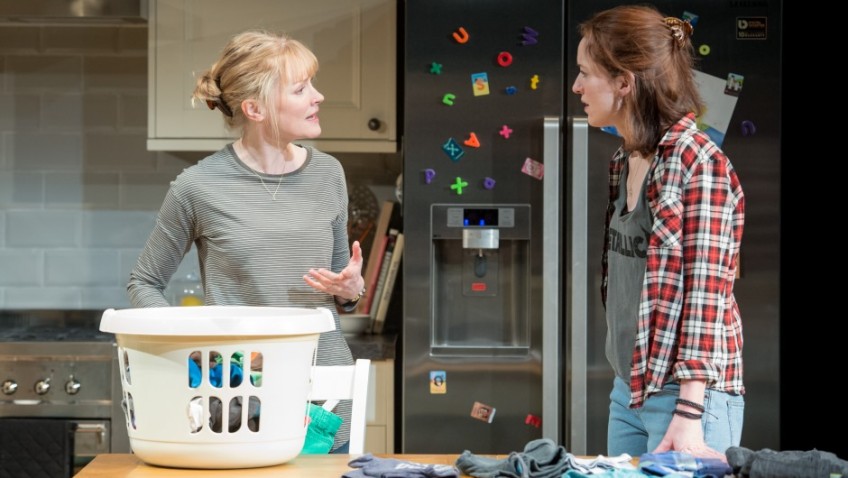 The worst fear and nightmare of a parent

His earliest plays were incredibly whimsical absurdist comedies. He is also the author of the book and lyrics of Shrek the Musical.

Rabbit Hole was a major departure. There was a film version in 2010 with Nicole Kidman and Aaron Eckhart.

The horror of losing a child in an accident is most parents’ worst fear and nightmare.

Eight months before the play begins a 4-year-old child runs into the road after a ball and is run over by a car driven by a teenager. Grief exacerbates their bad behaviour. They become more strained and awkward. Mother and sister prove to be very irritating.

The play is not as overwhelming as I thought it was going to be. But then Lindsay-Abaire has said the play is sad enough and he doesn’t want the director and actors to make it any sadder.

He doesn’t want the play to become a morose slog and says there is a lot of light, hope and comedy in it.

I see no evidence of hope in the performances of Claire Skinner and Tom Goodman-Hill in Edward Hall’s production, which ends on a downbeat note; and this is, surely, as it should be?