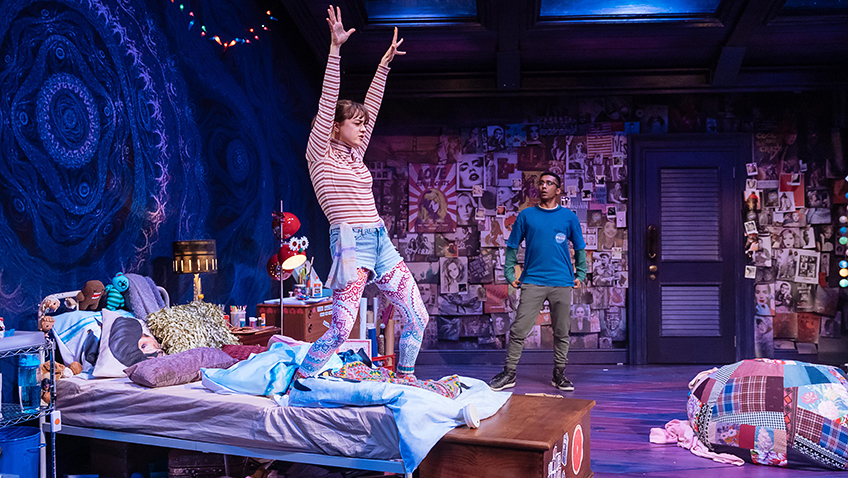 Robert Tanitch reviews I and You at Hampstead Theatre, London NW3

Edward Hall, artistic director of Hampstead, wants to reach out to a younger demographic than he usually does at Hampstead. A play with two teenage protagonists seems a good way to do just that.

American playwright Lauren Gunderson is one of the Top Most Produced Playwrights (living or dead outside of Shakespeare) in the US. I and You, a two-hander, which premiered in 2014, is about adolescence, poetry, Walt Whitman, life and death. 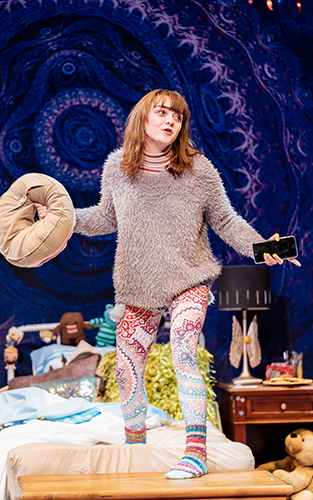 Maisie Williams in I and You

Re-reading Whitman’s Song of Myself she realised the first sentence, “For every atom belonging to me as good belongs to you,” perfectly fitted the play she wanted to write.

Gunderson is very good at catching the way teenagers talk and she springs a big surprise.

The two actors are making their professional stage debuts. Maisie Williams already has a career, having made her name in Game of Thrones and won awards for Best Young Actor. Zach Wyatt graduated from Guildhall School of Music and Drama in June and has gone straight into this production. They hold the audience’s attention more than the play does.

A high school girl is in her messy, teenage bedroom. She does not go to school and is housebound, because she is suffering from a liver complaint and awaiting a transplant. A high school boy, she does not know, bursts in and asks her to help him with his English assignment on Walt Whitman.

Whitman (1819-1892), father of American Poetry, first published Leaves of Grass, a collection of poems, in 1855 (dismissed as “a mass of stupid filth”) and he went on writing and re-writing it for the rest of his life. Some passages are extremely hard to understand.

I and You is extremely popular with professionals and amateurs and high school and university students in the US because it is a two-hander and because they will all have had to study Leaves of Grass at one time or another.

I suspect I and You will not be so popular in the UK, precisely because Whitman is not studied in our schools.