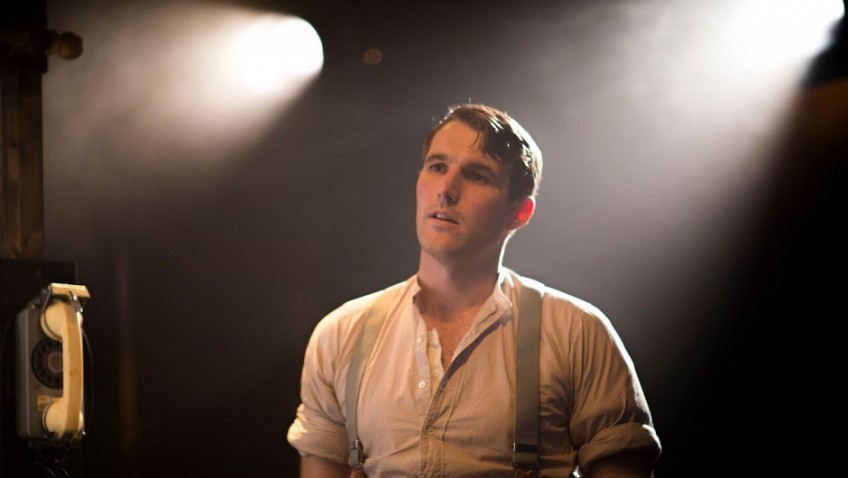 Arthur Miller in 1936 was 20 years old and at Michigan University. He entered a playwriting competition which he won. The prize was $250 dollars.

Miller was brought up during the Great Depression and he and his family knew all about poverty and the money was much needed to enable him to continue his studies.

Miller was writing his first play in the era of Clifford Odets, the most famous member of Group Theatre and its Leftist agit-prop plays. Odets in 1935 and 1936 had made his name with Waiting for Leftyand Awake and Sing!

No Villain was never published and never performed until it got its world premiere at a small London pub theatre, The Old Red Lion, last year.  Sean Turner’s production has now got its deserved West End transfer.

The play is set during the Depression. Miller would later say that his “first attempt at a play was the most autobiographical work he would ever write.”

A Jewish garment manufacturing business is threatened with bankruptcy by industrial action. The boss has two sons. The youngest boy, a communist, sides with the strikers, and refuses to be a scab and help his father deliver his garments.

The youngest is given a big build-up and a delayed entrance. But strangely, he is not the leading character and is left on the periphery.

It is the eldest (well played by George Turvey), torn between his duty to his father and to his principles, who has to carry the play and be the spokesperson for communist ideals.

20 years later in 1956, during the communist witch hunt, Miller was subpoenaed and appeared before the House Committee on Un-American Activities. He refused to name names and was convicted of contempt of Congress.

No Villain will be of interest to all theatregoers who want to be in at the birth of one of the great American playwrights of the 20thcentury.

Would you have guessed that Miller would go on to write All My Sons, Death of a Salesman and The Crucible?