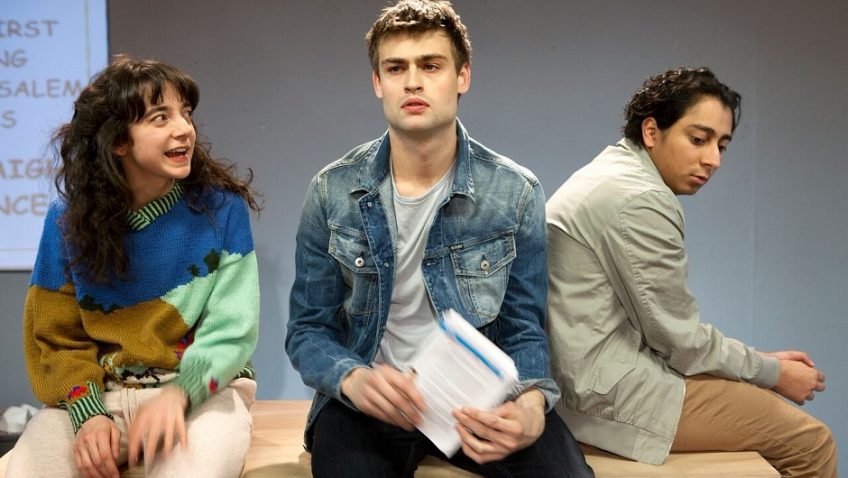 Three high school students in Salem, Oregon, all misfits, set out to expose a predatory schoolteacher who preys on teenage boys.

The play, which was workshopped on Rhode Island in 2006 and which premiered in New York in 2007, has had over150 productions in the USA; and it still feels as if it is being workshopped. Perhaps that is its appeal for drama students.

Gay Howie is on his computer in the middle of instant message chat, and being chatted up, when he discovers he has been talking to a 36-year-old man whose email address reveals he is a drama teacher at his school.

Nerdy Solomon, obsessed with sexual misconduct, wants to be a journalist and write an expose of a 55-year-old mayor, a right wing Republican, an opponent of gay rights, who is having sex with teenagers.

16-year-old Solomon is played by 20-year-old Tony Revolori who played the Lobby Boy in Wes Anderson’s The Grand Budapest Hotel.

Talentless Diwata wants to act and sing in the school musical but nobody will cast her. She decides to write a musical about Mary Warren (a character in Arthur Miller’s The Crucible) meeting Abe Lincoln and to play the lead herself.

The funniest moment in Tom Attenborough’s 95-minute straight through production is when the trio stage an excerpt from Diwata’s horrendously bad musical.