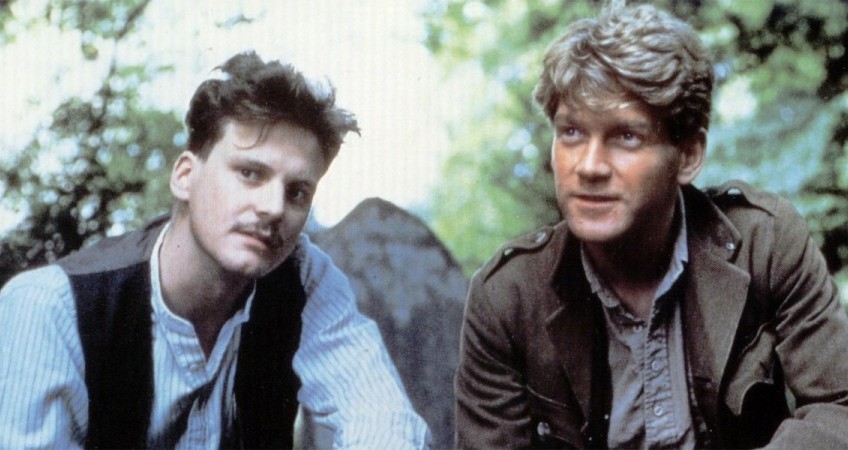 A MONTH IN THE COUNTRY (BFI) No, it’s not Turgenev’s play. It’s a 1987 adaptation of J L Carr’s short and elegiac novel, gently directed by Pat O’Connor in a very English and restrained manner. Two young men, traumatised by the horrors by World War 1, spend a summer in a tiny idyllic Yorkshire village: one (Colin Firth) lives in the belfry of the local church whilst he restores a fresco, a medieval vision  of Hell; the other, an archaeologist (Kenneth Branagh), lives in a tent in the adjoining field and digs to find a Saxon grave. Neither man believes in God any more. The vicar’s wife (Natasha Richardson) takes a fancy to the restorer, which is reciprocated; but nothing is said out loud. It’s a film of inner feelings. It has a nostalgic feel.

THAT COLD DAY IN THE PARK (Eureka). Robert Altman directed this low budget psychology thriller in 1969 before he became famous. A well-to-do woman (Sandy Dennis), who is very lonely, clinically depressed and very unstable, invites a complete stranger, a seemingly innocent and seemingly mute 19-year-old drop-out (Michael Burns), into her apartment. She feeds and clothes him. She then locks him up and won’t let him out when he won’t have sex with her. Dennis doesn’t stop talking. Who is going to murder who first?