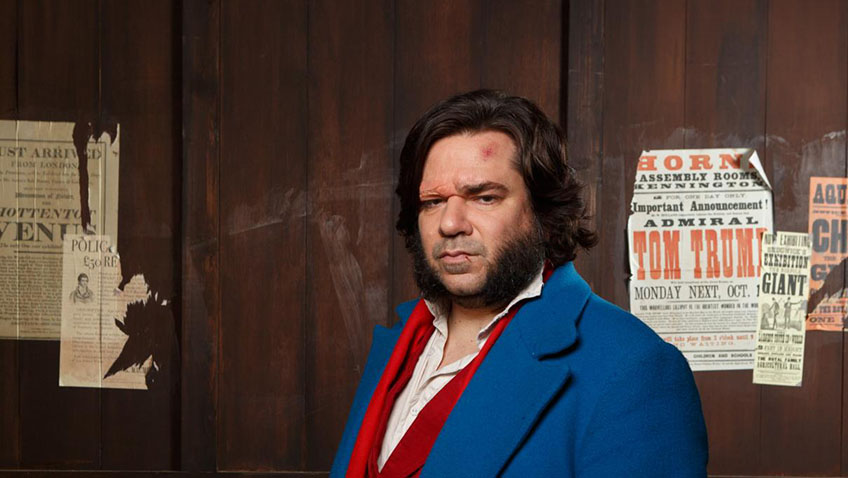 Year of the Rabbit (Acorn). The Victorian crime thriller, from Charles Dickens and Wilkie Collins to penny dreadful and Jack the Ripper, is as popular today as it was in Victorian times. In Channel 4’s spoof of the genre, swearing is taken to new heights. The screenplay by Andy Riley and Kevin Cecil is notable, not for its story-line, spread over six parts, but for the sheer unabashed vulgarity of its wit, for its lewd-boggling similes, and for its non-stop use of the F word. (There is at least one quote from the actress Coral Browne, who was notorious for her foul language.) Matt Berry is on top form as the burly and coarse detective with only one eyebrow. Freddie Fox is his naive side-kick, a toff. Alun Armstrong is the coarse chief of police. And coarsest of all is Susan Wokoma as his adopted daughter who wants to be the first female police officer.

Come Back to the 5 & Dime, Jimmy Dean, Jimmy Dean (Eureka). 1982 film of a 1976 play. Robert Altman does not disguise that he is filming the play he had directed in New York. The action remains in a small town Texan store on a specific date, 30 September 1975. The actors act as if they are still on a stage. Twenty years after 24-year-old James Dean had died in a car crash, five middle-aged fans have a reunion. One of them (Sandy Dennis) has pretended all that time that her illegitimate son was fathered by Dean. A gay young man, who left town in 1955, returns, having had a sex change. Karen Black, who looks like a man in drag, brilliantly suggests the male inside the female body. The cast includes Cher and Kathy Bates. The women never stop chattering; chatter, chatter, it’s exhausting. (James Dean’s best film is East of Eden).