Home / LIFESTYLE / REVIEWS > / THEATRE REVIEWS / Freak is chic. I think that we are all freaks in one way or another, and that there’s not one kind of beauty, but many kind – Jean Paul Gaultier 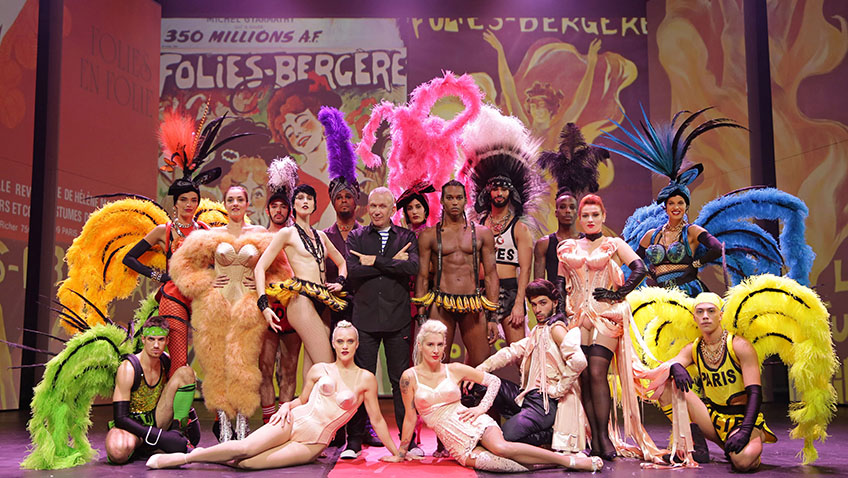 Freak is chic. I think that we are all freaks in one way or another, and that there’s not one kind of beauty, but many kind – Jean Paul Gaultier

One of the most thrillingly theatrical events I have seen in the last four years was Alexander McQueen’s brilliant Savage Beauty exhibition at the V&A. The ravishing costumes had an outrageously extravagant beauty and at the same time a disturbing sexuality.

French haute couture designer Jean Paul Gaultier’s Fashion Freak Show, which premiered at the Folies Bergère in Paris last year, is in a much lighter key. 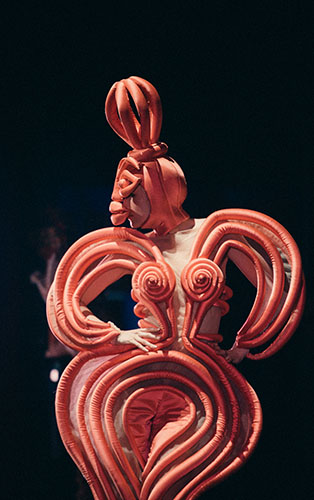 The production is Gaultier’s collaboration with actress, scriptwriter and director Tonie Marshall and choreographer Marion Motin.

The show tells the story of Gaultier’s life in flashback with video, song, dance and the outrageous costumes, which earned him the label of enfant terrible of French fashion.

He sent up fashion. He made costumes out of black bin bags. He gave Madonna a cone-like bra and a golden corset.

The performance is raucous, brash, vulgar and self-indulgent. The actors, dancers and contortionists are wild and outlandish. The music is jukebox, punk, funk, rock. The dance routines are frenetic.

The dancers constantly change costumes. The gender-fluid costumes are the most popular with the audience. Men in female outfits, showing their bare bums, get the loudest cheers.

The backdrop is a huge giant video wall which stretches right across the stage. The colourful projections are often the best thing about this spectacle.

There are dramatized clips from Gaultier’s childhood and career. His first ever fashion show in 1976 is recreated and played out to a background of magazine covers, posters and film.

There are images of the legendary Josephine Baker who had made her name in Paris in 1926 madly dancing in a skirt made from 16 bananas. Rossy de Palma and Catherine Deneuve appear briefly on screen.

Gaultier pays tribute to his boyfriend and business partner, Francis Menuge, who died of AIDS. Catherine Ringer sings I’ve Got You Under My Skin and Scott Schneider dances.

The most charismatic performer on stage is Cuban dancer Lazaro Cuervo Costa. The show’s high spot is the classy finale on a broad white staircase.