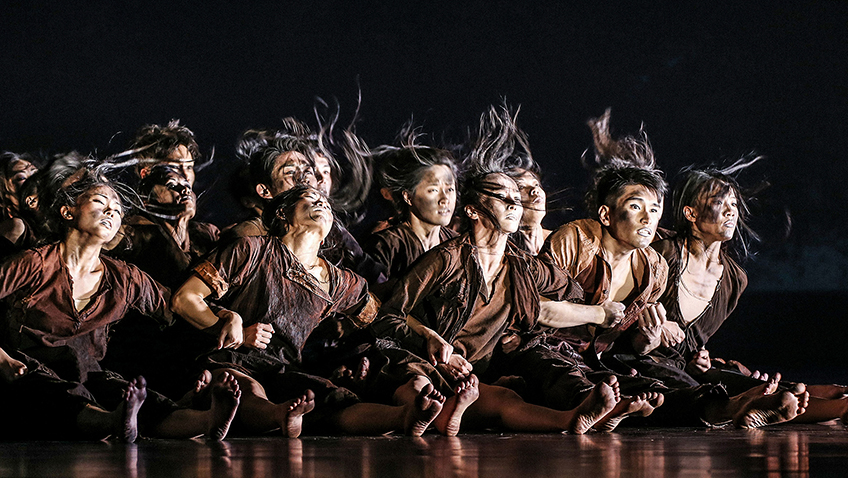 Lin Hwai-Min, who founded Cloud Gate in 1973, is stepping down in 2020 and Cheng Tsung-Lung is his successor.

The disturbing 25-minute Dust, which premiered in 2014, is the more accessible of the two pieces for Western viewers, not least because of its choice of music.

Lin Hwai-Min has described Dust as a requiem for this century, a silent cry for peace.

He takes his inspiration from Dmitri Shostakovich’s String Quartet No 8in C minor, which was written in three days in July 1960 is a response to the destruction of Dresden in World War 2 by British and American bombers in four raids in February 1945. The estimated death toll was 22,700.

Shostakovich, writing with his heart’s blood, addresses all human despair. The holocaust is recreated by the dancers. Swallowed up in smoke, dirt and darkness, they rise, and fall, struggling to stand up.

The agony is on a monumental tragic scale. The most striking image is three tight rows of writhing bodies in an open grave, human debris, wide-eyed, mouths agape. They recall the traumatised figures in Goya’s terrifying black paintings. 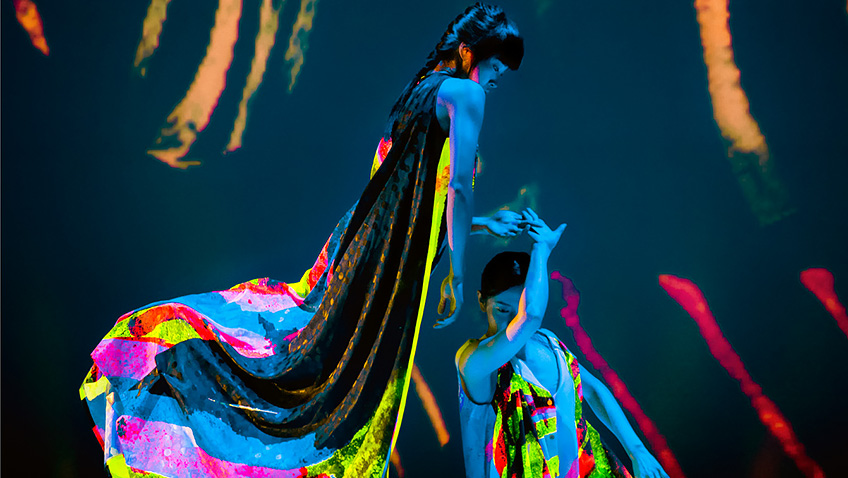 13 Tongues, which premiered in 2016, is not as accessible. Cheng Tsung-Lung says he has transformed his childhood memories of Taoist rites and the bustling street life of Bangka into a fantasy world.

Thirteen Tongues was the name of a street artist in the 1960s, a legendary story-teller, who was said to be able to portray multiple roles of all walks of life in Bangka, the oldest district in Taipei city.

For a moment I thought I was watching Dust, such was the turmoil. The frenzied dancers, dimly lit, run, stomp, stagger, kick, twist, turn, advance, retreat, cry, shriek, yell and sing raucously.

They are dressed in black, and at times only their bare arms and faces are visible. Gradually fluorescent costumes are brought on stage. A goddess is carried around by the meandering dancers.

A koi fish appears above their heads and disappears. The backdrop comes alive with moving colours and things get more cheerful.

I was interested but struggled to understand what was going on.