Home / NEWS / What is climate anxiety and do you suffer from it? 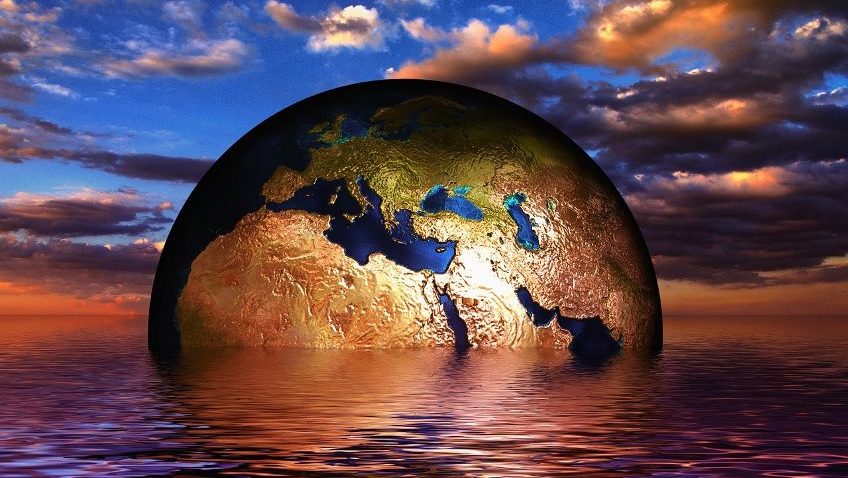 What is climate anxiety and do you suffer from it?

Well, climate anxiety, or as it’s often also known, eco-anxiety is a relatively modern phenomenon that is described by the American Psychological Foundation as a “chronic fear of environmental doom” and is a relatively recent disorder that is said to be affecting an increasing number of people not just in the United States, but around the world, who worry about the impending effect of the environmental crisis that we currently live in.

We all must have seen the devastating bush fires that rampaged across Australia last year as well as the damage to property, life and the environment they caused across California and other parts of America. Closer to home, hardly a winter goes by without parts of the UK being impacted by severe flooding and it seems that these extremes of weather are becoming more and more prevalent no matter where you live.

But it’s not just the physical damage we can all see from climate change that is affecting us it’s also the mental strain that is beginning to emerge and this is where climate anxiety comes in, particularly among the young.

Many younger people are, quite rightly, looking at these catastrophic events and asking the question what will the future look like for me, what will happen in five, ten, twenty or even fifty years time and many of them are extremely worried about the state the planet will be in by then. Whether you believe it to be rational or not, many younger people are now anxious and are wondering whether they will actually die from old age or from some event that is the effect of climate change instead.

In fact research from our own Environment Agency, released last year, supported this. Their findings showed that people who experience damage caused by extreme weather such as storms or flooding may have up to a 50% greater chance of facing mental health problems such as stress or depression whilst up to a quarter of the people who have actually experienced severe flooding are still living with these issues at least two years after the event.

In other parts of the world where the effects have been even more devastating for people than those seen here in the UK, disorders such as increased rates of depression, anxiety, post traumatic stress amongst those who have been caught up in climate related disasters and other mental health disorders are becoming more and more prevalent.

However, those that are increasingly being affected by climate anxiety may well suffer panic attacks, particularly when watching news coverage of a climate change disaster elsewhere in the world. It may also bring on obsessive thinking or analysis of events, cause increasing bouts of insomnia and ultimately lead to problems related to substance abuse and depression.

And many young people lay the blame for this firmly at the door of the generations that have preceded them. They rightly point to the fact that the amount of carbon dioxide in our atmosphere is the highest it has ever been, that temperatures across the world continue to be recorded at levels never seen before and that sea levels continue to rise as evidence to support their arguments.

Well, the simple answer to this question is yes. We can all help in our own little ways – whether that be by turning the central heating down by just 1 degree, whether that be by making sure you switch off the lights when you leave a room or whether that’s by making sure you don’t boil too much water when you make a cup of tea. You might not think so but all these actions use less energy – and less energy use means less emissions.

The impact on the climate was also seen as a result of the coronavirus pandemic and the disruption that it brought and indeed still brings to our lives. The reduction of economic activity, the fact that aviation was severely curtailed, the general lack of travel not just between but also within individual countries and the decline in demand for energy all had an impact. So much so that it was estimated that global CO2 emissions declined by just under 9% in the first half of 2020, a larger decline than ever seen before in any economic downturn.

However, this is not likely to be enough to counter climate anxiety – and once covid is a distant memory expect it to rear its head again as it most certainly will.