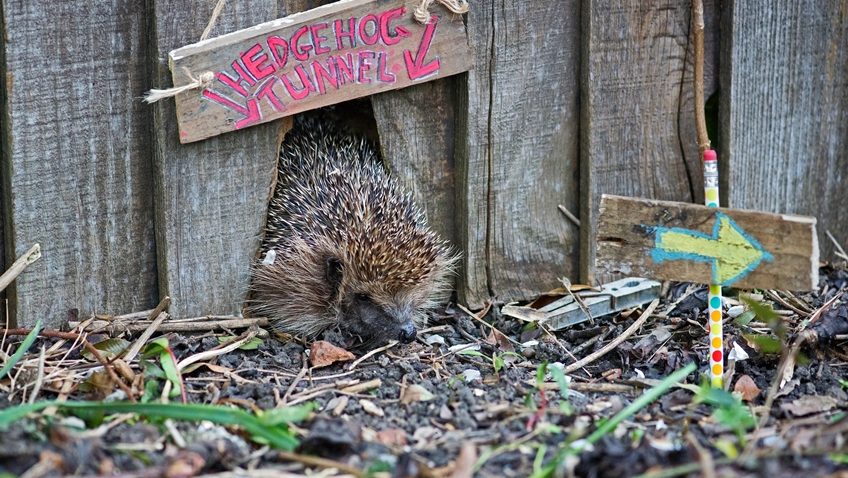 Lockdown unlocked our love of nature

National charity the RSPB is calling for people to hold on to their newfound love of nature as society begins to re-build after a year since the first lockdown began.

Over the past 12 months many people have seen just how important the natural world is to our mental health and wellbeing, with many coming to rely on their local wildlife to bring joy and comfort in these unsettling times.

A YouGov poll commissioned in January revealed that 63% of people said watching the birds and hearing their song added to their enjoyment of life since the onset of the Covid-19 pandemic, with more than half of those surveyed (51%) believing the pandemic has made them more aware of the nature around them.

Already 90,000 people have signed the charity’s Revive Our World petition calling on the government to introduce new laws to protect wildlife and greenspace for people and nature and other changes that are vital to reversing the decline of nature as we start to rebuild after the pandemic. They are also calling on people to support a Wildlife and Countryside LINK petition demanding the UK government includes a legally binding target to reverse the decline of nature in the UK by 2030 in its flagship Environment Bill.

Beccy Speight, CEO of the RSPB, said: ‘Many of us took up a new hobby with good intentions last year at the onset of the first lockdown and not all of us followed through. But it seems people’s newfound connection with nature has only strengthened over the last twelve months. For some people, lockdown unlocked their love of nature.

‘But the wildlife that gave us so much solace during lockdown is actually just a fraction of what should be there. We have lost an estimated fifth of our breeding birds over the last fifty years according to the recent State of the UK’s Birds report. Nature is in crisis and needs our help. As the world gradually reopens once more, we hope people develop their love of the natural world even further and take action to protect and restore it. We cannot reverse nature’s decline without the support of the public.

‘We are approaching a fork in the road. The government must galvanise the unprecedented public support for nature and make a truly green recovery a priority, including stepping up as a world leader on nature-based solutions to the nature and climate emergency ahead of COP26 and investing in vital conservation work, creating and improving access to more local green spaces and enshrining legal protection for nature in law at home.’

Last summer when restrictions were temporarily lifted, the charity reported a surge in new visitors with many people visiting their local nature reserve for the first time.

From the very beginning of lockdown, people flooded to social media to share the nature around them. On 24 March 2020, the RSPB launched #BreakfastBirdwatch on Twitter, encouraging people to share what they saw in their garden or from their window. Posting videos and images of the wildlife on their doorstep became a popular daily event.

These new and existing nature enthusiasts were keen to learn more about what they saw around them and the charity started to see a surge in traffic to their website: their bird identification page jumped from 10 million views in 2019 to almost 16 million in 2020. Garden birds came out on top with “blackbird” and “robin” being the most popular.

Beccy added: ‘One way anyone can help revive our world is to create the best possible environment to bring nature closer to you. Your garden, balcony, and even windowsill are all potential havens for wildlife, and in April we’re launching an online space, Nature on Your Doorstep, to help show you how. I built a new pond in my garden during lockdown last spring and was over the moon to find frogspawn in it last weekend!’