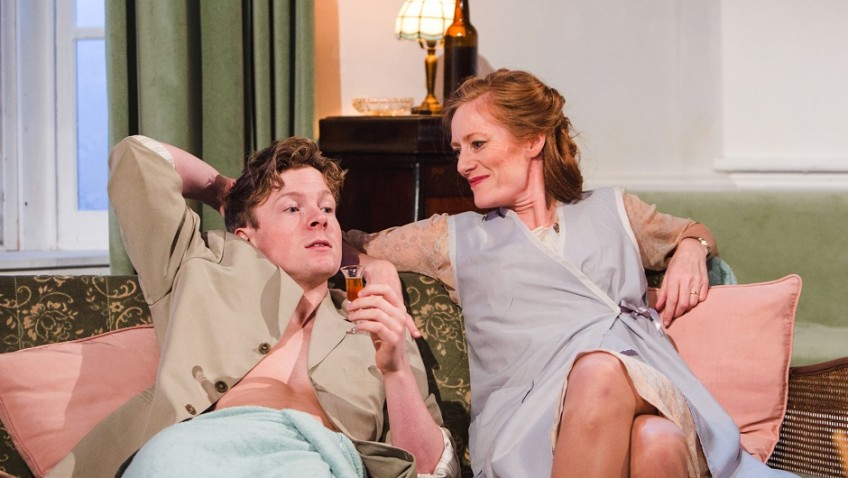 Rodney Ackland’s first West End success opened at the Arts Theatre in 1936, with Mary Clare and Griffith Jones as mother and son. James Agate, foremost theatre critic from the 1920s to the 1940s likened the highly autobiographical After October to Chekhov and numbered it among his Red Letter Days. 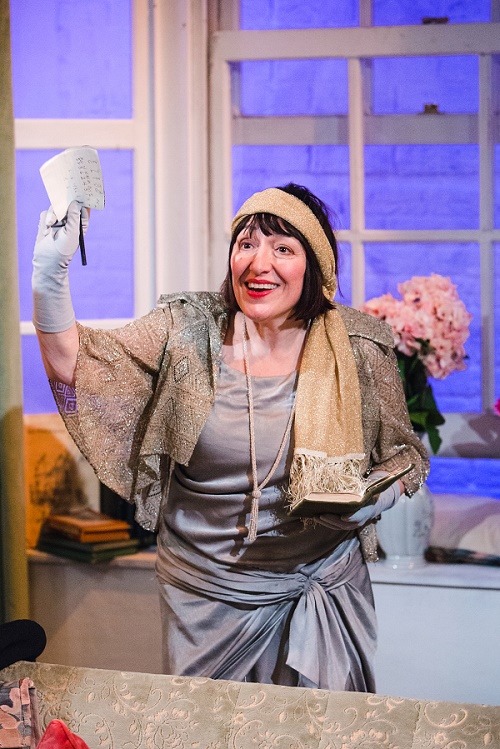 Ackland’s career came to an abrupt end when the critics slated The Pink Room in 1952. The reviews were so bad he never wrote an original work again; and if it had not been for Sam Walters at the Orange Tree Theatre, Richmond, Ackland would probably have been completely forgotten.

Walters revived The Pink Room, now called Absolute Hell, in 1988, which led to a TV production in 1991 which led to Anthony Page directing a cast headed by Judi Dench at the National Theatre in 1995.

Oscar Toeman’s in-the-round production at the Finborough is After October’s first revival since Dorothy Tutin and her son, Nick Waring, played mother and son in 1997.

Mrs Monkhams (Sasha Waddell), a former Gaiety girl, is up to her eyes in debt. Her son, Clive (Adam Buchanan), is a playwright who is in love with their lodger (Jamine Blackborow), who is trying to ward off the attentions of a boring ex-pat (Stephen Rashbrook).

The eldest daughter (Peta Cornish) works as a dance hostess in Paris and has just married a Frenchman (Andrew Cazanave Pin).The youngest daughter (Allegra Marland) is having an unhappy affair with her boss (Joanathan Oliver).

Other characters include a flamboyant amateur thespian (Beverley Klein), a bearded cadging, thieving poet on his uppers (Patrick Osborne), who always makes his entrance and exit through the window, and a house-help (Josie Kidd) who spends her free time in the cinema in order to get away from her husband.

They all pin their hopes on Clive’s play being a huge success. Needless to say it’s a resounding flop and Clive phones one critic, accusing him of being “a crass, impervious, clod-hopping, insensitive, sadistic, ignoramus,” and threatening to strangle him and hoping he will die of leprosy. I wonder which critic in particular Ackland was thinking about.

“You mustn’t let yourself be destroyed,” says mother; and he knuckles down to writing the play we have just seen.

Oscar Toeman deploys the eleven actors in a very tiny space with great skill. The major problem is that all the characters talk, talk, talk; so much so that there are times when you just want them to shut up.

The actors, a fine ensemble, are also constantly on the move, making entrances and exits. It’s all so restless and exhausting; and even more so when you and the actors are in the same room. The play would benefit from some sharp editing.

I am now hoping somebody in 2017 will revive Ackland’s The Dark River, which premiered in 1943, and that it will be as well acted as After October.