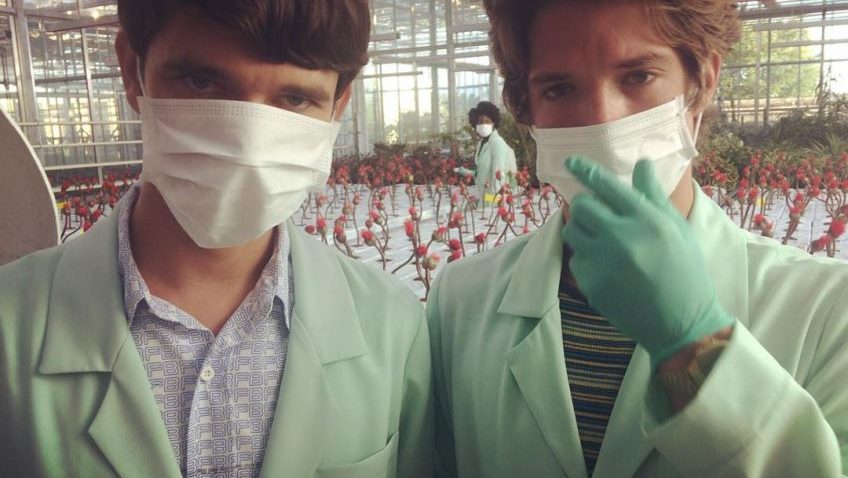 WATCH FILMS AT HOME: Little Joe, Laughter in Paradise and The True Story of the Kelly Gang – reviewed by Robert Tanitch

LITTLE JOE (BFI). Living, as we do, during a pandemic, Jessica Hausner’s film will have a special resonance. Flower power takes on a whole new meaning. The setting is a vast greenhouse, a laboratory where bio-engineers (in masks, of course) are working on a plant to make people happy. Once a person is infected, they are no longer the same person. Their feelings have changed and they have become more robotic. It’s a good little SF thriller which goes for the weird and creepy in a very stylish and disconcertingly quiet manner. It eschews blatant cheap horror movie nonsense and prefers to raise psychological issues. The cast is headed by Emily Beecham, Ben Whishaw and Kerry Fox. What are your feelings about genetic engineering?

LAUGHTER IN PARADISE (StudioCanal). A famous prankster dies leaving his inheritance to four relatives but in order for them to get £50,000 each they have to do things they don’t want. A crime novelist (Alistair Sim) has to go to prison for 28 days. A timid bank clerk (George Cole) has to rob his bank with a toy pistol. A proud middle-class woman (Fay Compton) has to become a housekeeper for a month. A womanising scoundrel (Guy Middleton) has to marry the first woman he talks to. Sim trying to commit a crime is the main joke. Compton has the sentimental stuff. 60 years ago, British cinema had a repertory of actors they regularly called on. Every cameo role here is played by a well-known face. John Laurie steals the film with his comic portrait of a cantankerous hypochondriac.

THE TRUE STORY OF THE KELLY GANG (Picturehouse) opens with a disclaimer: Nothing you are about to see is true. George McKay joins the ranks of Mick Jagger and Heath Ledger to play the Aussie folk hero who was 25 when he was hanged in 1880 for murder and robbery. He wore a tin helmet and his male army of robbers wore skirts. He came from a dysfunctional family. His mum, who slept with anybody and everybody, sold him to a bushranger (Russell Crowe) who taught him violence. The police officer (Nicholas Hoult), who chased him, liked to be naked (kinky!) when they were sitting together on the same sofa. There is a gay subtext here. Justin Kurzel directs a messy, fragmentary, expressionistic and very brutal film. The voice-over grates and there is too much of it. Have a look at Sidney Nolan’s paintings of Ned instead.