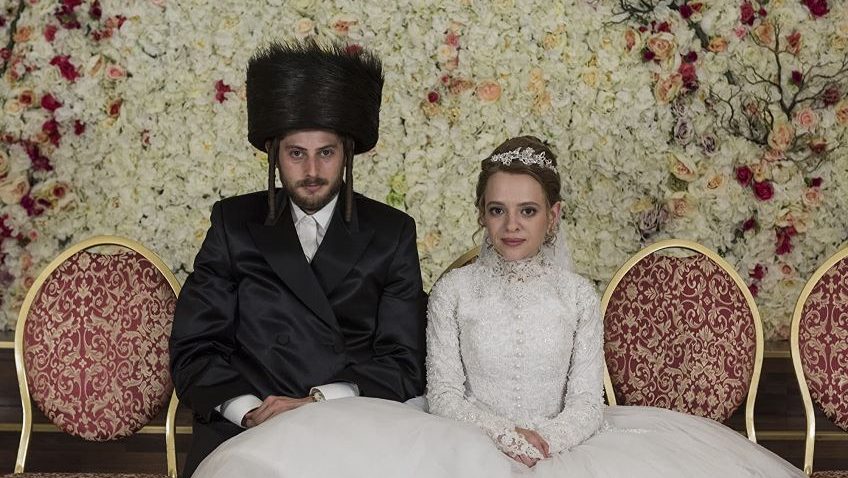 UNORTHODOX (Netflix), a mini-series in four episodes, is based on Deborah Feldman’s memoir: Unorthodox: The Scandalous Rejection of My Hasidic Roots. A young woman (Shira Hass, excellent), 19-years-old, unhappily married and pregnant, flees a closed community of Holocaust survivors in Williamsburg for the freedom of Berlin where she is befriended by a group of young musicians. The marriage was arranged and the couple have had great difficulty consummating it. Her husband (Amit Rahav), an ineffectual mummy’s boy and his unreliable cousin (Jeff Wilbush) pursue her, intent on bringing her home. Can she escape their clutches? The Hasidic detail gives Maria Schrader’s film its authenticity. The story is told in flashback and in Yiddish with English sub-titles.

LAND OF LITTLE RIVERS (Cinema Libre Studio and Vimeo). A network of tributaries in the Catskill Mountains of New York is the birthplace of fly fishing and home to anglers. Casting, catching, wading, drifting in a boat – a major sport is now attracting more and more women. Anglers, guides, fly-makers and rod-maker, all with strong personalities, are interviewed and share their passion. They also voice their concerns about the environment and conservation and their fears of pollution in the rivers. Trout especially will be pleased to learn that no trout was harmed during the making of this documentary and that the fish caught were all released back into the water.

LIFE WITH FATHER (You Tube for free). The 1947 film with William Powell and Irene Dunne directed by Michel Curtiz is based on a 1939 play, Broadway’s longest-running stage comedy by Howard Lindsay and Russell Crowse (3,224 performance). It was based on a popular memoir by Clarence Day, written in the late 1920s and early 1930s, which looked back with nostalgia to New York in 1883. It’s an innocent domestic comedy with old-fashioned charm, handsome period design, and a strong Christian message. Father tries hard to exercise his authority over his wife and four young sons. He has a sexist view of women: “We men have to run the world,” he tells his son. “Women don’t think, women get stirred up.” Mother is frightened he won’t go to heaven if he is not baptised.

THE FLAVOUR OF GREEN TEA OVER RICE (BFI). Yasujiro Ozu’s gentle, understated film observes a rich, middle-aged, childless couple and offers a bit of naïve marriage guidance. They are ill-matched: he (Shin Saburi) is provincial, whilst she (Michiyo Kogurk) is urban and more sophisticated. Arranged marriages were still the norm in Japan in 1952 (though the young were beginning to rebel). He’s a decent bloke. She treats him badly. They learn to love each other when they do something they have never done before and that is they go into the kitchen and make a meal for themselves. They have a live-in cook.

THE ADVENTURES OF PADDINGTON (StudioCanal) is a series of short cartoons for very young children. Adults, who know Paddington only from the two big movies, may feel this Paddington is not the real thing, a poor cousin; but he’s got Ben Whishaw’s voice and Ben Whishaw’s voice is perfect. So that’s a definite plus. Children will love the mess the bear invariably gets into. Each story has a simple moral. A lovely present for any 4-year-old plus.