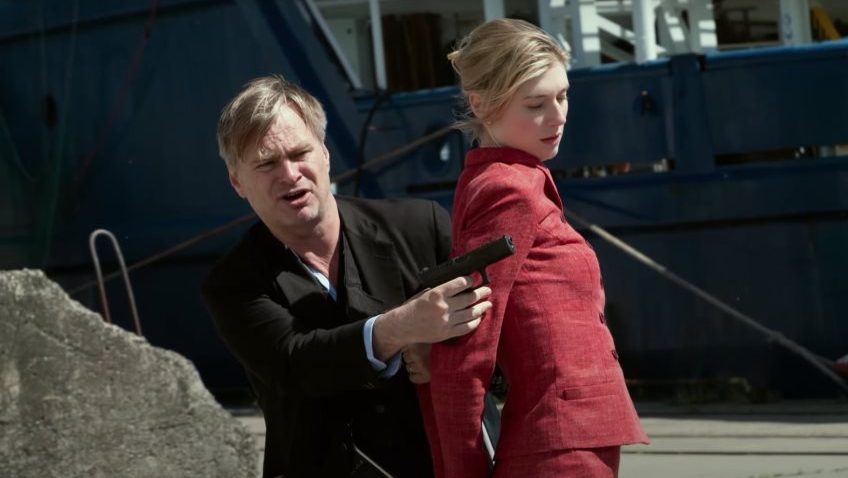 WATCH FILMS AT HOME: Life with Father, Tenet and The Witches – reviewed by Robert Tanitch

LIFE WITH FATHER. (YouTube) Howard Lindsay and Russell Crowe’s comedy opened in 1939 and ran for 3,224 performances, becoming the longest running Broadway play. Audiences liked its sentimentality, its innocence, its charm and its religiosity. The nostalgic script is based on Clarence Day’s memoirs of his childhood in New York in 1883. The play was made into a film in 1947, directed by Michael Curtiz and starring William Powell and Irene Dunne as the parents of four cute boys with red hair. Father is an Episcopalian who has never been baptised and has no intention of getting baptised. His wife, who has to keep reminding him that he loves her, puts up with his deeply ingrained sexism. (Women, he says, don’t think, they just stir things up.)

TENET (Warner Brothers). I am not alone in not having a clue what is going on in Christoper Nolan’s wildly praised and totally disorientating time-bending inter-nation espionage thriller about stopping World War 3. Time is running out. But is it happening in the present or the past? Are John David Washington, Robert Pattinson and Elizabeth Debicki going backwards or forwards? Are they dead or alive? The editing is faster than fast. Where are we? Practically every shot takes place in a different location. There are spectacular stunts. Don’t try to understand it. Feel it.

THE WITCHES (Warner Brothers). These very glamorous witches hate children and turn them into mice. Roald Dahl’s novel has been filmed before and some will no doubt argue that Nicholas Roeg’s version with Angelica Huston is superior. Robert Zemeckis’s version may be too Grimm and frightening for some children. Anne Hathaway is very camp as the Grand High Witch who holds a convention in a seaside hotel’s ballroom. Octavia Spencer is the kindly grandma, a sort of Good Fairy, who doesn’t mind her grandson being turned into a mouse and loves him just as much.