Home / LIFESTYLE / REVIEWS > / FILM REVIEWS / Robert Zemeckis and Roald Dahl are an explosive combination, but there is something off-kilter in the story. 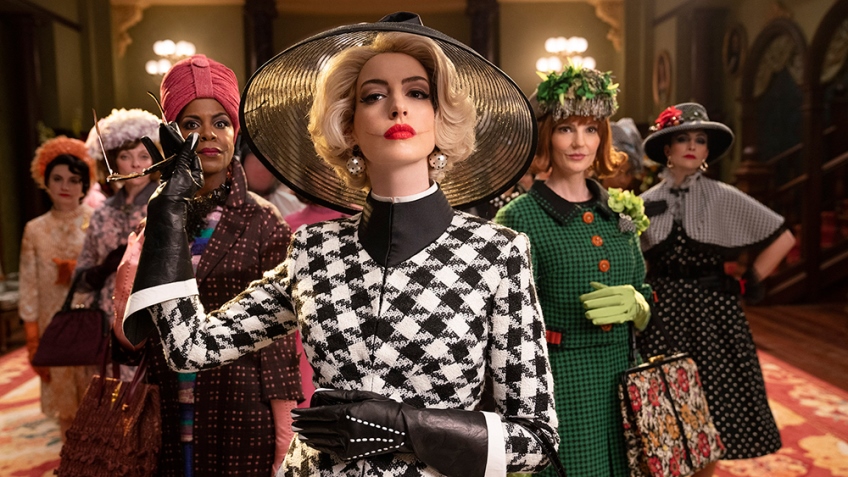 Robert Zemeckis and Roald Dahl are an explosive combination, but there is something off-kilter in the story.

Roald Dahl always had it in for children, but his 1983 novel, The Witches is perhaps the cruellest, darkest and nastiest of them all. Nicholas Roeg’s 1990 version starring Anjelica Huston as the Grand High Witch was ripe for a remake in the hands of the immensely talented live action and animated film director Robert Zemeckis (Beowulf, The Polar Express, Back to the Future), particularly when supported by co-writer, co-producer and famed special effects guru Guillermo del Toro (The Shape of Water, Hellboy, Pan’s Labyrinth) and starring Anne Hathaway as the Chief High Witch.

To add a layer of topical racial tension, Zemeckis transfers the novel to the American South in 1968, although curiously, he fails to develop this tension beyond a superficial level. For the most part, he succeeds in creating a Southern Gothic atmosphere, and uses his terrific special effects so effectively that Hathaway becomes truly terrifying. Were she not having a blast with her over-the-top, cartoonish interpretation of the role, the film might not have been given a PG. But there is something off-kilter with the story that is highlighted here by the savvy performance from Octavia Spence as Grandma.

In the novel, the protagonist is a white, English boy who goes to live with his grandmother, a retired witch hunter in Norway (and then England), after his parents are killed in a car accident. Here 8-year-old Hero Boy (Jahzir Bruno) is a black kid from Chicago, and as Older Hero Boy, Chris Rock narrates, in the fashion of Zemeckis’ Forrest Gump, he was wearing a seat belt and his parents were not. This is the first warning to children: drive carefully on the ice and wear a seat belt.

In her comfortable home in Demopolis, Alabama, Grandma (Spence), whom Rock fondly describes as ‘a tough lady with a big heart’, tries to revive the depressed, withdrawn Hero Boy with homemade fried chicken and Motown dance moves. After a chat about death over an enticing slice of cake, (the film has a decided food motif), Hero Boy starts to regain his appetite for food and life. But it is when Grandma comes home with a white mouse in a cage for companionship that Hero Boy perks up.

Hero Boy’s encounter with a witch in a food shop leads to the second warning: Witches hate children! Grandma knows a lot about witches from a childhood incident and tells Hero Boy that once a witch comes into your life, it never leaves. The solution is to hide out at the Grand Orleans Hotel in New Orleans where Grandma has connections. It looks like Zemeckis and El Toro are going for an allegory when Grandma explains her extravagant choice: ‘There are only rich, white folk at the Grand Hotel and witches only prey on the poor.’

As it happens, Grandma is mistaken. When it comes to the Grand High Witch’s hatred of children, it is age, not race that matters. The fat, food obsessed son of a rich, white couple in the hotel, Reginald (Brian Bovell) befriends Hero Boy before becoming the Grand High Witch’s first victim. Reginald simply cannot resist the lure of chocolate bars.

Purporting to be a chapter of the Society for the Prevention of Cruelty to Children, the coven of witches have hired an auditorium in the hotel, and, behind its bolted door, proceed to remove their wigs, to reveal scarred scalps; their gloves, to reveal web-like hands with three long fingers; and their shoes, revealing revolting stubs of feet with a single toe in the centre. In her element, the Grand High Witch reveals her dastardly plan to poison all the children they can find with a purple potent that is typically poured into the ear like the poison Claudius allegedly poured into Hamlet’s father’s ear.

As we see, when Grandma hatches a plot to kill her enemy – or rival – the poison can be mixed with (here it is again), soup at dinner to have the same effect. The recipient implodes, flying across the room, landing as dust on the floor, with a little mouse-version of themselves emerging from the pile of clothes remaining.

Hathaway flies through the air with her claws and scarred, bald head; pirouettes with delight on her middle toe, and flares her wide nostrils (she has the sense of smell as a dog), giving the poor manager (Stanley Tucci) a steely look that emphasises the marked lines from the corner of her mouth, like the joins of the Frankenstein monster.

By the time he witnesses this display, hiding in the auditorium, Hero Boy knows what to look for. As the thunder sounded outside their hotel room window, Grandma, who, we are told in the narration, is pretty good with witches brews herself, is telling Hero Boy how to recognise a witch. This is not the type of story you read to a child before bed, but it does prepare Hero Boy for what he witnesses that first night at the Grand Orleans.

If you have not read the book or seen the 1990 film, the following contains a spoiler. For by the creepy end to the adventure, there is another, far more subtle witch in the picture. It is Grandma who purchased, not a cat or dog, but a human-turned-into-a-mouse, as a pet for her grandson, and not a male mouse, but a female, who by the end can be seen as a convenient girlfriend.

For all her potent-making powers, she fails to save Hero Boy from his fate or find a cure. It is Grandma’s idea to bring Hero Boy to just the place where the coven is holding their strategy meeting, and it is not clear who had the idea first. It is Grandma who lets the real cat out of the bag to kill the only “person” who might have been able to reverse Hero Boy’s transformation. She seems to be charmed by her three new “children”, who are far cheaper to maintain than real children. Grandma adopts her homey, big hearted manner when she tells Hero Boy that while most mice live just three years, he could live much longer.