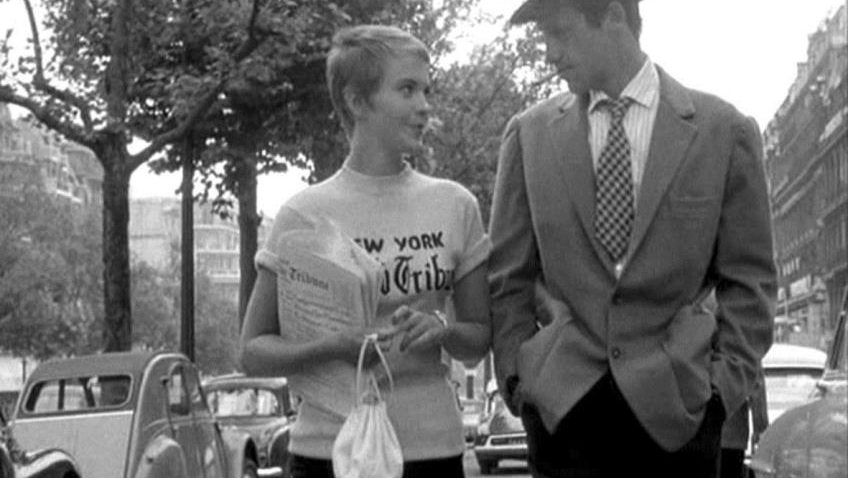 WATCH FILMS AT HOME: Breathless, State of the Union and His Girl Friday – reviewed by Robert Tanitch

BREATHLESS (StudioCanal). Jean-Luc Godard’s first feature, A Bout de Souffle, released in 1960, was a key French film in the nouvelle vague/new wave movement. Highly influential, it broke all the rules with its handheld camera, jump cuts and shooting on location, mainly in the streets of Paris. Jean-Paul Belmondo’s international fame began here and still rests with this distinctive performance of a heartless killer at large who spends much of his time in bed with an 18-year-old American student (Jean Seberg) who finally betrays him. Belmondo is charismatic. Seberg looks right but can’t act.

STATE OF THE UNION (BBC iPlayer). A 15-year marriage is in trouble. She has just had a short affair. He is an out-of-work music critic. They love each other but it is a love without feeling. They are not having sex. They are bored and daily trivia is getting them down. The couple decide to take weekly marital therapy sessions. They meet in the pub across the road from the therapist, whose sessions are never seen. Nick Hornby’s script is a series of 10 ten- minute bites, short, sharp conversation pieces. The actors, Rosamund Pike and Chris O’Dowd, are very convincing. The director is Stephen Frears.

HIS GIRL FRIDAY (Prime Video) is an excellent 1940 adaptation of the Ben Hecht and Charles MacArthur classic 1928 American stage comedy, The Front Page, a witty satire on newspapermen, police and corrupt mayors. Howard Hawks’ masterstroke was to turn one of the two male leads into a woman. Rosalind Russell plays an ace reporter. Cary Grant is her boss and ex-husband who wants to stop her re-marrying so he can marry her himself. The overlapping dialogue, taken at an amazing speed, is delivered with expert comic timing. The verbal and physical energy never drops.