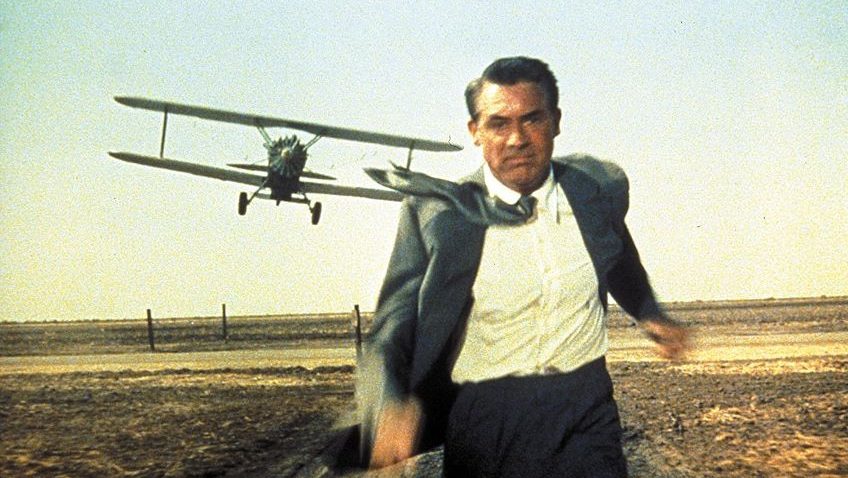 NORTH BY NORTHWEST. (BBC iPlayer) is one of Alfred Hitchcock’s best films, a comic thriller, with plenty of thrills and lots of sexual innuendo. A business executive is mistaken for a special agent and finds himself liable to be killed at any minute. There’s a murder in the United Nations Building. The climax is set on Mount Ashmore with the actors trampling all over the presidents’ faces. There’s also one of Hitchcock’s most famous scenes. It’s set in a wide, open space with nobody to be seen and then suddenly there is a plane dusting crops where there are no crops to dust… and there’s nowhere to hide. Cary Grant is Cary Grant and he’s irresistible. Eva Marie Saint is a typical Hitchcock blonde but more vulnerable than most. The villains are played by James Mason, who is charming, and by Martin Landau who looks evil. The film, released in 1959, is a lot of fun.

THE GREAT BUSTER: A CELEBRATION (Screenbound). Buster Keaton was one of the great comedians of the silent era, up there with Charlie Chaplin; but perhaps not as appreciated as an actor and as a director until the early 1960s when his films were revived at the Academy Cinema in Oxford Street. This film follows his career from childhood, acting on the music hall stage with his parents, to his spectacular success in the 1920s and his equally spectacular decline and fall in the 1930s. The films are famous for their stone-face humour and highly dangerous stunts: Our Hospitality (fantastic waterfall leap), Steamboat Bill Jr (a building falling during a cyclone) and Seven Chances (hero pursued by hordes of brides and boulders.) The General, his masterpiece, is one of the best films about the Civil War and on which is rooted in Mathew Brady’s photographs. This excellent documentary will make you want to see Keaton’s films again.

RUDYARD KIPLING: A SECRET LIFE (Odyssey Television). Kipling, born in India, famed author of The Just So Series and The Jungle Book, the youngest Nobel Prize winner, was pro-Empire, anti-German. He had a traumatic childhood. He was brought up by a bullying Evangelical foster mother. This sympathetic documentary reveals Kipling as a loving father and a grieving parent. He lost two of his children. His 6-year-old daughter died of pneumonia. His 17-year-old son died at the Battle of Loos in World War 1. The film concentrates on his numbed grief expressed in three of his short stories: They, Mary Postgate and The Gardener. You will want to read the stories.

THE PITY OF WAR: POETS AT THE FRONT (Odyssey Television) is an excellent documentary. Wilfred Owen and Siegfried Sassoon are the greatest poets of war and dying. They served in the frontline trenches and recorded and reacted to the nightmare horrors they witnessed during World War 1. They are truthful witnesses. Their visceral poems are anthems to doomed youths. Both poets are angered at the terrible waste of lives, men dying like cattle, and the war being unnecessarily prolonged by the politicians. The poems are acts of mourning and show great respect for the dead. My subject (said Owen) is War and the Pity of War. The poetry is in the Pity. Owen died days before the armistice. Sassoon lived on until 1947. You will want to read the poems again.