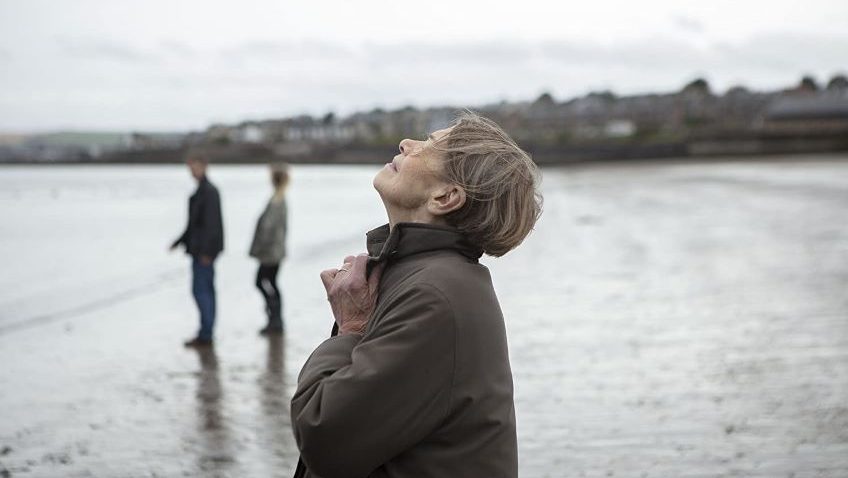 FILMS TO WATCH AT HOME: Elizabeth is Missing, Lucian Freud, One Touch of Venus and Suspicion – reviewed by Robert Tanitch

ELIZABETH IS MISSING (Acorn). Emma Healey’s novel about dementia has been adapted for television. Elderly Maud’s best friend has gone missing. Her sister went missing in 1949. The two incidents get mixed up in her mind and she alternates between despair and rudeness. Her granddaughter copes better with her than her daughter does. The film is distressing to watch. Many people will not want to watch it. The horrors of Alzheimer’s are too real. Glenda Jackson has been giving a series of remarkable performances ever since she gave up being a Labour minister and this is no exception. She acts without vanity; the face is deeply lined.

LUCIAN FREUD A SELF PORTRAIT (Exhibition on Screen) is a rich and engrossing documentary. Freud, grandson of psychoanalyst Sigmund, had a single-minded passion/obsession with himself. The portraits, seen in a harsh light, have a strident, uncompromising, forensic intensity, more real than real, and as autobiographical as Rembrandt, covering as they do, seven decades, a lifetime. The scrutiny of flesh is penetrating and ruthless. (“I want to shock and enrage,” he said.) The paint is thick and the brush work is accentuated; the flesh has an austere, bleak and craggy power.

ONE TOUCH OF VENUS (BBC iPlayer). Kurt Weill’s Broadway musical premiered in 1943 and ran for 567 performances. The film (1948) ditches most of the songs and relies on the thin story-line. A statue in a New York store comes to life and falls in love with a not very bright and extremely nervous window-dresser. Ava Gardner is a beautiful, sexy and witty Venus. Robert Walker, best remembered these days for his menace in Alfred Hitchcock’s Strangers on a Train, is surprisingly cute. The script ought to be wittier. Even Eve Arden is struggling to find a few good one-liners.

SUSPICION (BBC iPlayer). Everyone wanted to be Cary Grant. Even Cary Grant wanted to be Cary Grant; I am speaking of the persona he projected on screen. A wife is convinced her husband wants to murder her. The husband’s a liar and spendthrift. But is he really a murderer? Would the public accept (or even want to accept) that Grant was capable of murder? Joan Fontane (who won an Oscar for her performance) is obviously paranoid. Or is she? Grant alternates between menace and charm and remains sinister and ambiguous. It’s a great pity that Alfred Hitchcock was not allowed to film the denouement he wanted to in 1941. It would have been a better film if he had!