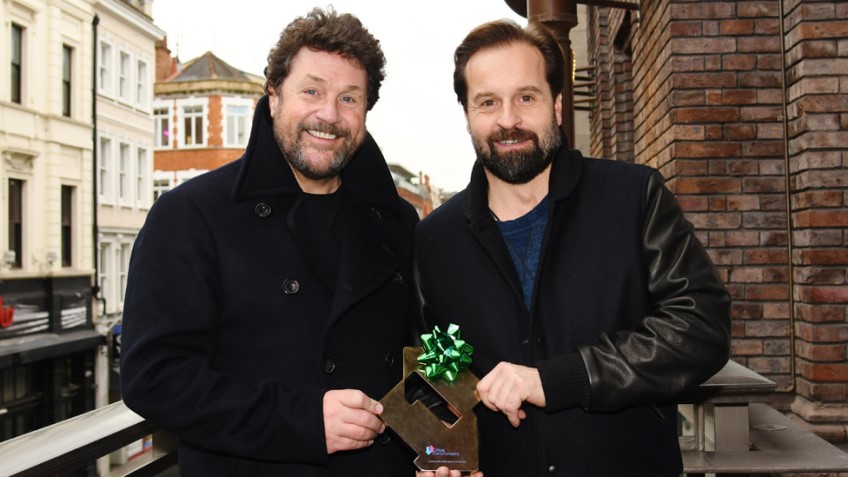 I REMEMBER MAMA (BBC iPlayer). John Van Druten’s comedy was based on Kathryn Forbes’s short stories, Mama’s Bank Account, which were nostalgic portraits of a Norwegian immigrant family in San Francisco in 1910 struggling to survive. The play premiered in New York in 1944 and ran for 714 performances, a welcome bit of unashamed sentimental escapism for World War II audiences. George Stevens’s 1948 film version has Irene Dunne as the selfless, resourceful, loving mama and Oscar Homolka, repeating his stage performance, as the larger-than-life Uncle Chris. Hope Landin is the awful aunt.

HIGH TREASON (YouTube) is an interesting 1951 Cold War British film. Communist saboteurs, led by a British MP, intend to blow up power stations all over the UK. Roy and Ray Boulting take the same understated documentary approach they did in their Seven Days to Noon (1950). The climax takes place in Battersea Power Station. Kenneth Griffiths, Joan Hickson and Anthony Nicholls head a cast of familiar faces

MICHAEL BALL AND ALFIE BOE: BACK TOGETHER – LIVE CONCERT (BBC DVD). The bromance continues. Ball (West End musicals) and Boe (opera) carve their individual careers but come together every so often and showcase their versatile voices and obvious rapport in solo and duet numbers to the delight of their numerous fans. This recording is of the final show of their UK tour at the O2. Hopefully, covid-willing, we will be able to see Ball in the musical Hairspray at London Coliseum from 22 April 2021.