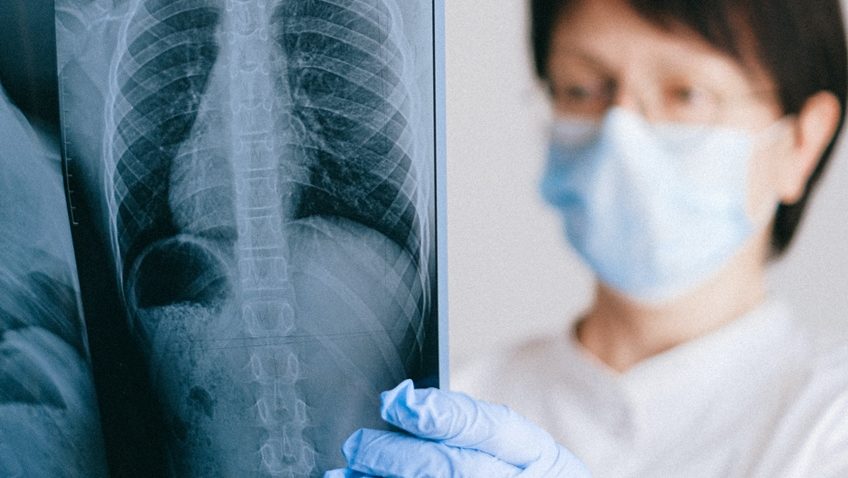 New ground-breaking medical research in a consortium led by two UK universities is set to explore new ways to diagnose lung cancer earlier and save lives.

The Universities of Southampton and Leeds have come together with healthcare, diagnostics and informatics companies to test the best way of detecting cancers at a stage when they can still be cured, linking to the NHS England Targeted Lung Health Checks programme. The research collaborators include the Lung Cancer Initiative at Johnson & Johnson, Roche, Oncimmune, Inivata, BC Platforms and others.

The research, part of the Government’s Early Diagnosis Mission to diagnose three-quarters of cancers at an early stage by 2028, is able to proceed thanks to approximately £3.5m -worth of funding from UK Research and Innovation’s Industrial Strategy Challenge Fund (ISCF), part of a total investment of £10 million in the programme overall.

Peter Johnson, Professor of Medical Oncology at the University of Southampton, who is leading the project, said:

‘We urgently need to find ways to detect lung cancer early, to drive up people’s chances of a cure. This unique collaborative effort between universities, the NHS and companies with ground-breaking technologies is aimed at doing just that.’

Richard Neal, Professor of Primary Care Oncology at the University of Leeds, and a GP in the city said:

‘We are delighted to be working on this important project with University of Southampton, the NHS and industry partners. Lung cancer remains a huge problem as we continue to see it diagnosed at a very advanced stage, when curative treatments could have been possible. This work will help us to target those at most risk and diagnose the disease at an earlier and treatable stage.’

Lung cancer is the biggest cause of cancer death in the UK and worldwide. In the UK, 25,000 people are diagnosed with advanced, inoperable lung cancer every year.

As well as targeting increased survival rates, the project – called iDx-LUNG – aims to improve the efficiency of testing in people at high risk of cancer. The best current method of checking lung health, CT scanning, is resource-intense and expensive – diagnosis and treatment of lung cancer currently costs the NHS £307m every year.

This project, which is coordinated by the Cancer Research UK/NIHR Southampton Clinical Trials Unit, will ask 15,000 people who attend NHS England lung health checks at mobile CT scanners in Hampshire and Yorkshire to give blood samples and nasal swabs for testing. The samples will be analysed for changes that could indicate early cancer development.

The tests to be used have been developed by the different companies that are working together on the programme, but have never been used in combination or with CT scanning.