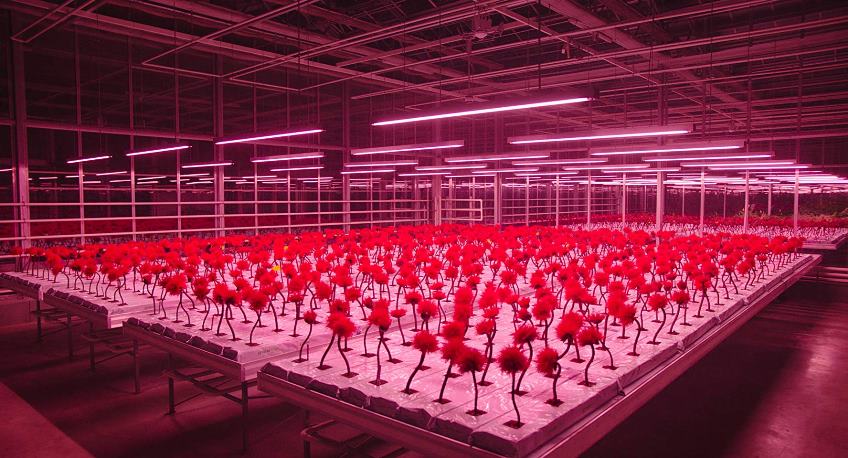 Jessica Hausner’s intriguing thriller is not entirely successful, but worth seeing.

Jessica Hausner’s three feature films, Lovely Rita, Hotel and Lourdes, and two shorter films, Flora and Inter-View, have drawn comparisons with two more famous Austrian directors, Michael Haneke (especially Hidden) and Ulrich Seidl; and it’s true you could have fun comparing his Paradise: Faith to her Lourdes. But her trademark style of slightly odd characters and tension created by an eerie calm, menacing atmosphere or possible threat, are also hallmarks of the cinema of Greek auteur Yorgos Lanthimos (The Favourite, The Lobster, Dogtooth) and above all with German-Austrian writer-director Maren Ade (Toni Erdmann, The Forest for the Trees). Hausner’s English language debut, Little Joe, and her first film set in a rather strange English setting, is not her best film. But as Emily Beecham’s best Actress award at the Cannes Film Festival attests, Hausner’s brilliance in the casting of her female protagonists is undiminished.

If you have not already had the movie ruined by the trailer, which gives away the ending and everything in the plot, it is fair to alert you that his review contains some spoilers.

Alice Woodard (Beecham) is a bioengineer, or, as her older colleague Bella (Kerry Fox) calls herself, a plant breeder, at a cutting-edge laboratory. She is under pressure from her boss, Karl (David Wilmot) to unveil her latest mood enhancing, plant at an upcoming high-profile plant fair.

Hausner’s regular cinematographer Martin Gschlacht (an obvious choice for anyone who has seen the visually stunning Amour Fou) sets the stage with a shot looking down and panning across an antiseptic hothouse of orderly rows of laboratory that looks like an abstract painting. The plants, each in their little pot, are being bred in germ-free, temperature regulated hospital conditions, or perhaps better as Alice, and her colleague Chris (Ben Whishaw) have high hopes of exporting their plant all over the world, so they have to be sturdy. The phallic plant has a curved stem and red bud on the top which, when developed, has hundreds of little tendrils, like nerve endings, that move as a function of their environment and company.

Half the plants are red and the other half, bred by Bella, are blue. Bella, who has taken time off for a nervous breakdown and is older than her co-workers, is treated as an outsider, but everyone loves her dog that she takes to work.

Alice’s plant triggers the production of oxytocin, which is dubbed the mother hormone as it will make you “love this plant like your own child.” Alice tells her sceptical colleagues that the plant operates by making people happy, but it needs continual attention: you need to talk to it and water it. Not even Alice realises that the affect of nurturing the plants creates a mother-child bond that is as life-changing as motherhood itself.

Alice confesses to Karl that she created a short cut to get the plant ready in time, and, unusually for a plant, it is sterile and so cannot reproduce. If the species is to survive, human beings have to nurture them, like children. There’s more to confess: She has breached company policy by taking the plant home as a gift to her son Joe (Kit Connor).

Home is a minimalist town house which she shares with Joe, and when she brings the plant home, she names it after him. The plant responds to Joe’s attention by opening up and secreting a red pollen into the air which overwhelms Joe.

Back at the lab, Bella is convinced that the red pollen is killing her blue plants and that it is also somehow responsible for the change that has come over her dog after it disappeared for a short time in the plant room. When she announces she had to put the dog down because it was “not hers” anymore, the others, while sympathetic about the dog, start to alienate Bella, attributing her blame game to jealousy and her mental illness. But when Alice’s ex-husband takes Joe fishing one weekend, he comments that Joe “is not the boy he used to be”.

Chris is besotted with Alice and flatters her continually. When he first asks her out, she declines as though she cannot be bothered. She might have put her career before her first marriage, too, (her ex is allergic to flowers) and it’s obvious she has no interest in domestic chores. Dinner with Joe is take-away, and they eat out of the cartons to avoid washing dishes. At her weekly therapy appointments, Alice expresses guilt about her work-life balance. The shrink reassures her that there is no reason to feel guilty for being who you are. But is it too late for anyone to ask themselves who they are let alone have the will to do anything about it? 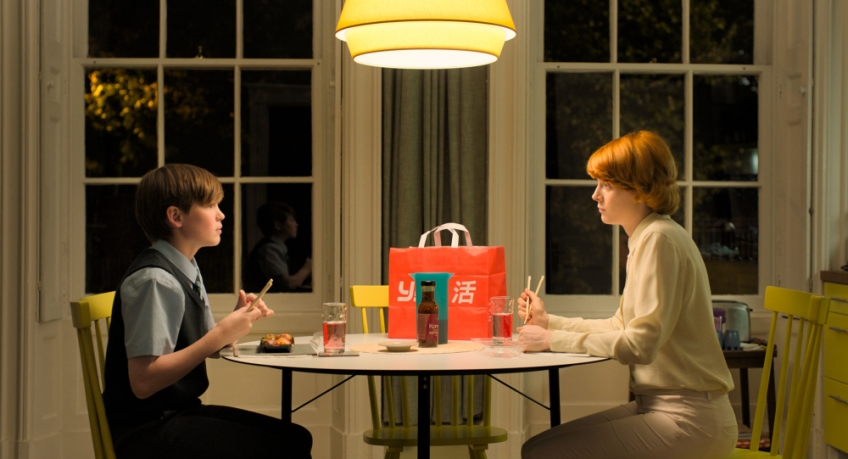 You will recognise something of Frankenstein and Invasion of the Body Snatchers in Little Joe. The similarities are apt, although Hausner’s highly stylised film is more of a thriller than a standard horror movie. There is story-only resemblance to a film out in March called Radioactive. It is a biopic of Marie Curie, a woman so obsessed with her laboratory that even when she marries her work colleague, she feels guilty about her work-life balance and neglecting their two children. And if she realises that her work is changing her physically and literally killing her, she cannot foresee the even more devastating impact of her creation on future generations. In Little Joe Karl’s goal is to start the production process to fill orders around the world.

One of the problems with Hausner’s characters is that they are so cliquey and zombie-like at the outset that when they change it is not all that noticeable. Chris, (and this might be poor casting to type) is so creepy, possessive and potentially violent that his change is not all that significant either. The choice of Markus Binder’s song Happiness Business at the end suggests that happiness is being marketed to consumers in various guises, and the happiness is artificial. But after investing so much in obtaining it, we prefer to share the illusion with others who have been similarly duped.