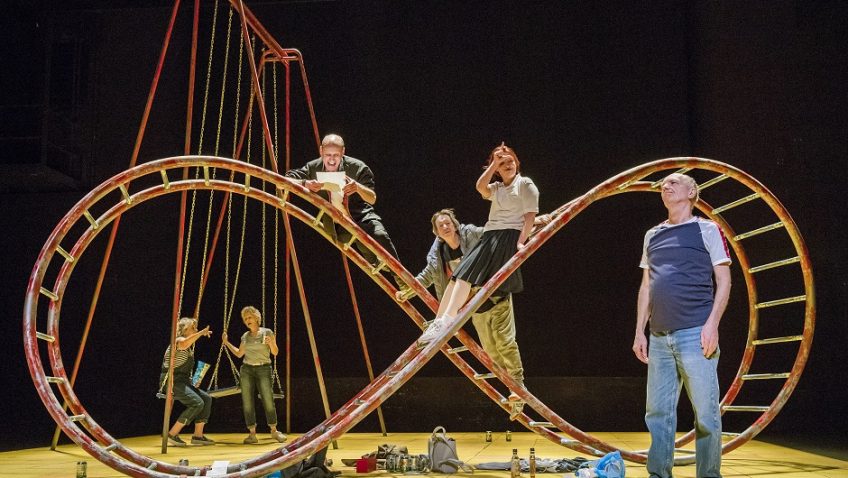 Would you want to be 17 again? 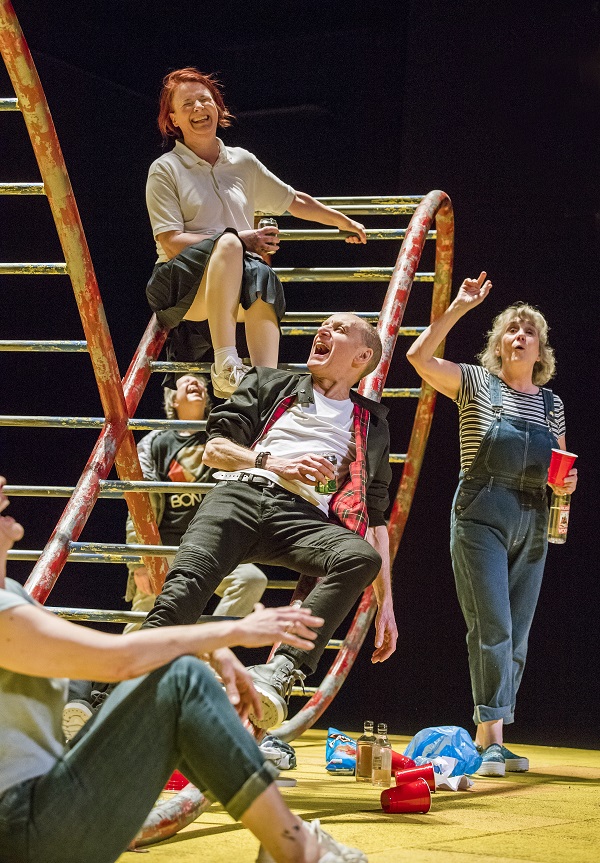 Sarks now directs the UK premiere of Seventeen with a UK cast.

Would you want to be 17 again?

Do you want to watch teenagers hanging about, drinking and swearing and vomiting?

Wait a minute. There is a gimmick. The teenagers are played by adults.

Adult actors have played children before. Many will remember Denis Potter’s Blue Remembered Hills on television in 1979 with Helen Mirren, Michael Elphick and Colin Welland.

Whittet is not as brutal as Potter and his children are older. He sets his play on the very last day in school and the action takes place in a children’s playground with swings and a climbing frame, a reminder they are not adults yet.

We watch them play games such as Truth or Dare. Secrets come out. There are declarations of love. We watch friendships break.

Will they keep in touch now that they have left school or will they go their separate ways?

I wish there had been a coda in which the actors, one by one, had told us what had happened to the characters later in life, and what they achieved and didn’t achieve in the home and work place. It would have given the play more substance and pathos.

At 17 Henry VIII became King of England. At 17 Judy Garland played Dorothy in The Wizard of Oz and at 17 Franz Schubert composed his first opera. And what did you achieve when you were seventeen?