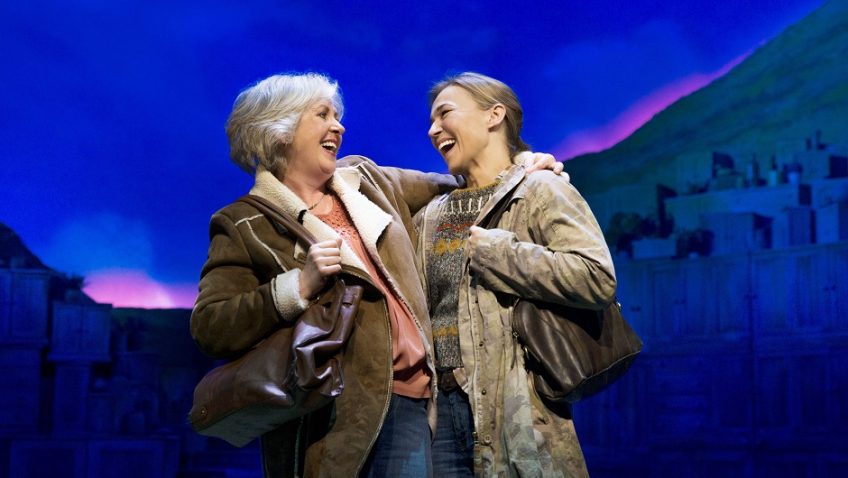 The women, all members of the Women’s Institute in the Yorkshire village of Rylstone, stripped in a good cause to raise £500 for Leukemia research.

The calendar was released in April 1999 and immediately sold out. The women never believed they could sell 5,000 copies. By the end of the year they had sold 88,000 and started a fashion for charity nude calendars.

To date they have raised £5 million.

If you look at the original photographs you realise just how brave the women were.  Their ages ranged from 45 to 65. Their story was turned into The Calendar Girls, a feelgood film in 2003 by Tim Firth with a cast headed by Helen Mirren and Julie Walters.

The film was turned into a feelgood play in 2008 by Firth with a cast headed by Lynda Billingham, Patricia Hodge and Sian Philips.

Tim Firth has now joined forces with Gary Barlow to create a musical version. Like Firth initially, you may feel that there is little a musical could add to the story.

But the music soars and the songs deepen the poignancy. The script is also better constructed.

In the play the photographing of the nudes came at the end of the first act with the result that there was nowhere for the play to go thereafter.

The play was not as bad as the film, which, somewhat desperately, took the women off to America; but on stage the play’s second act was still an anti-climax

The musical wisely saves the photographing for the climax of the whole show.

The nude shoot is the high spot. Each pose is staged with such good humour and such wit (and such modesty) that each pose gets a roar of laughter and a round of applause.

The Calendar Girls are going to be hugely popular all over again. Middle-aged audiences, and especially middle-aged women, are going to love this musical.