Home / LIFESTYLE / At what age are you old? 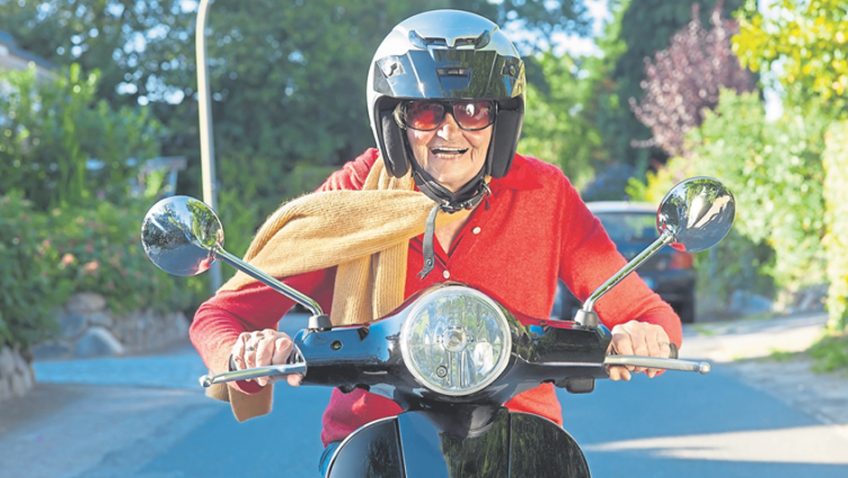 At what age are you old?

A recent survey by One Family, a finance company, has conducted research into the UK’s perception of age – speaking to those aged 5 to over 90. After surveying 1,129 participants and speaking, face-to-face, with people of various ages they discovered that being an ‘adult’ certainly means more than the dictionary definition of ‘a person who is fully grown or developed.

The research reveals that 33 is the average age in which Brits feel they are a ‘grown-up’, and almost double that until they become ‘old’ – 62. Despite this, over a third (34%) of adults do not feel ‘grown-up’ at all.

According to Professor Jayne Raisborough, professor of media from Leeds Beckett University, being old is “to have lived” and to have “survived the rich joys and deep sorrows that make up all our lives.”

Statistics can be used to illustrate most situations but in this case the perception of when someone is old is difficult to pin-down especially as our opinions change as we age ourselves.

To a child someone who has grey hair and glasses is seen as old, especially if they are a grandparent, but as children find the concept of time passing confusing, we should never be offended by being categorised as an old person.

The general consensus is that once you reach 60 you can be fitted into the old category. More specifically the long-accepted age of retirement at 65 is often used as a milestone in surveys and the age at which a person is considered a pensioner and thus old. The words of the famous Beatles song used 64 as this is easier to rhyme but I wonder how the 74-year-old Sir Paul McCartney feels about the words he wrote 50 years ago:

There are thousands of homilies and wise words about the process of ageing and those of us who are enjoying our later years seek to find the positive. From the early days of philosophy, Cicero wrote his essay On Old Age in 44 BC. It has remained popular because of its profound subject matter as well as its clear and beautiful language. One of the many quotes is “No man is so old that he does not think himself able to live another year.”

If you live in Japan where overall life expectancy is about 85 years, then one could assume that old age starts at about 75, whereas in Swaziland which has an expectancy of 49 then you are considered old before 40.

In our youth oriented society too much emphasis is put on years, 50, 60, 70, 80 etc. instead of the individual and their specific physical and mental characteristics.

There is a freedom that comes with age. For me the poem below by Edward Lear is most appropriate:

“You are old, Father William,” the young man said,
“And your hair has become very white;
And yet you incessantly stand on your head –
Do you think, at your age, it is right?”

“In my youth,” Father William replied to his son,
“I feared it might injure the brain;
But, now that I’m perfectly sure I have none,
Why, I do it again and again.”

Do we make assumptions about people based solely on their age? Common generalisations include driving ability, physical slowness and a stubborn view.

We are very interested to know when you think old age begins. Is there such a state?