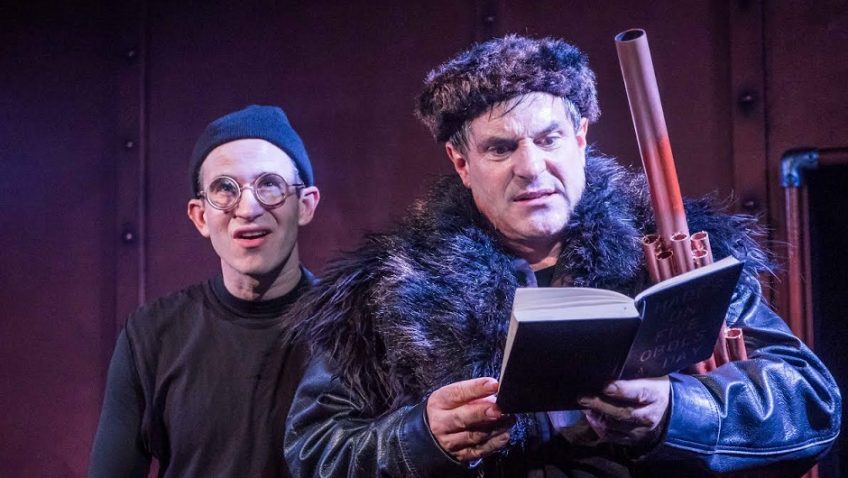 An opportunity to see a rarely performed Stephen Sondheim musical

Aristophanes (448-350 BC) was a popular playwright providing his audience with a good commercial mix of slapstick, sexual innuendo and blasphemy. He wrote some twenty plays of which eleven survive; and of the eleven only Lysistrata is regularly produced.

There was a brilliant production of Aristophanes’ The Birds by Karlos Koun for the Greek Art Theatre in one of Peter Daubeny World Theatre seasons in the 1960s.

Aristophanes’ The Frogs premiered in Athens 405 BC. Burt Shevelove freely adapted the play in 1974 and invited Stephen Sondheim to provide the songs. Sondheim accepted because the show offered him the chance to indulge in vulgarity, adolescent humour and moral preachment

The Frogs was performed at Yale School of Drama in a swimming pool in 1974. The chorus included Meryl Streep and Sigourney Weaver. It had a botched birth and Sondheim in his book, Finding the Hat, lambasts Academe and academic theatre.

Dionysos (Michael Matus), god of wine and drama, in despair at the state of the world, disguises himself as Herakles and goes down to Hades in search of the best playwright he can find.

Dionysos believes the Arts affect change in society if only we had a great writer to speak to us. But who is the best writer of tragedy? Aeschylus (the poet of religion) or Euripides (the poet of reason)?

In 2004 Nathan Lane adapted The Frogs even more freely and expanded it into a full scale musical. He asked Sondheim to write some more songs. Sondheim thought it suffered from inflation and that it should have stayed as it had been in 1974 at an hour and a half.

There are some good gags but far too many quotes from Shakespeare and Bernard Shaw, who in the musical replace Aeschylus and Euripides.

The Frogs will have an appeal for Sondheim completists; but even they, I guess, are going to be very disappointed with the show and Grace Wessels’ production.