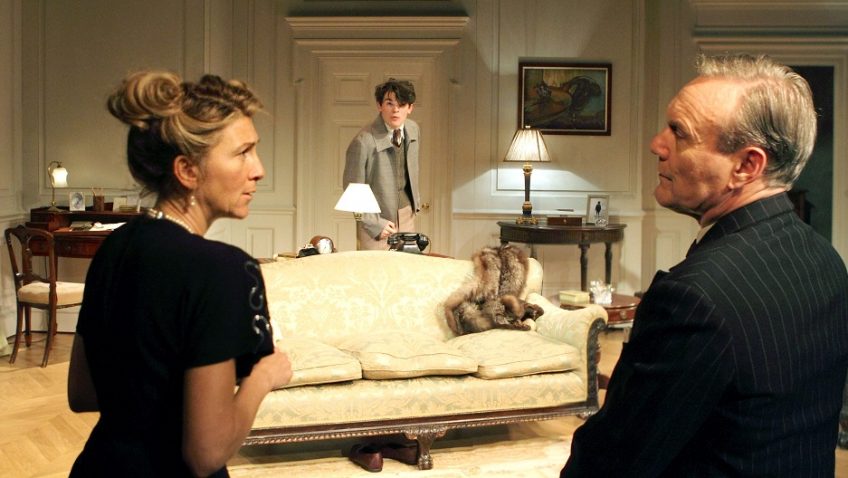 Terence Rattigan’s Love in Idleness had the famous American husband and wife team, Alfred Lunt and Lynne Fontanne, playing the leads and it was a big success on both sides of the Atlantic in 1944 and 1945. 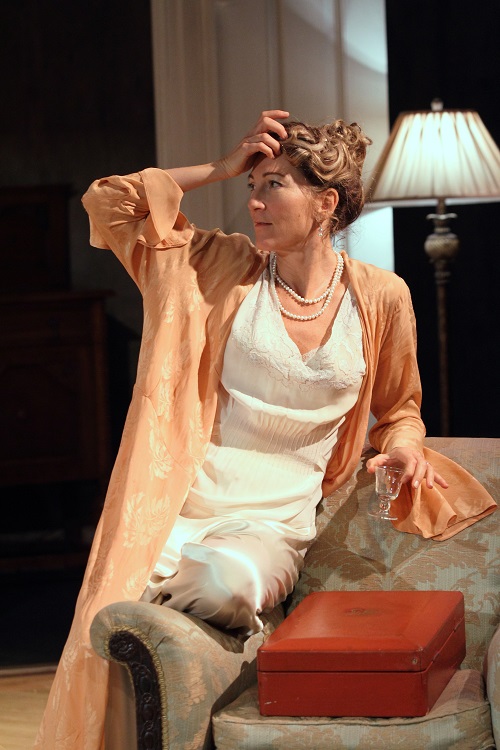 Rattigan wasn’t initially happy about the actors’ insistence on extensive rewrites and cutting the political agenda. They turned his play into a vehicle for themselves. Alfred Lunt didn’t want to be overshadowed by the actor playing the boy.

What we see in Trevor Nunn’s revival is an amalgamation of the play Rattigan originally wrote, Less Than Kind, and the Love in Idleness the Lunts acted

A young boy, evacuated to Canada at the beginning of World War 2, returns, a 17-year-old, full of socialist ideas, to find that his widowed mother is “living in sin” with a very rich industrialist who is a member of Churchill’s war cabinet.

He immediately starts behaving as if he were Hamlet and treating his mother as if she were Gertrude and forcing her to make a choice between him and her lover.

The industrialist (Anthony Head) thinks her son “a little moral gangster with an Oedipus complex and a passion for self-dramatisation.”

The priggish son (Edward Bluemel) accuses him of “nepotism, fraud, incompetence and treachery” but is quick to drop his Left-wing principles when he sees an opportunity of making money for himself.

Trevor Nunn sets the play firmly in its wartime context and projects old Pathé newsreels on to the curtain between scenes.

Nunn has also restored the clumsy political agenda and put back much of Act Three from Less Than Kind. The result is not perfect but it’s entertaining and nicely acted.

Eve Best, stylishly in period, is very funny, especially when she is parroting her son’s political ideas without having any real understanding of what she is talking about. Edward Bluemel gets the teenage tactlessness and priggishness absolutely right, too, and still remains likeable.

Nick Hern Books has published both play texts in one volume so that readers can judge for themselves which is the better play. There is an excellent introduction by Dan Rebellato.