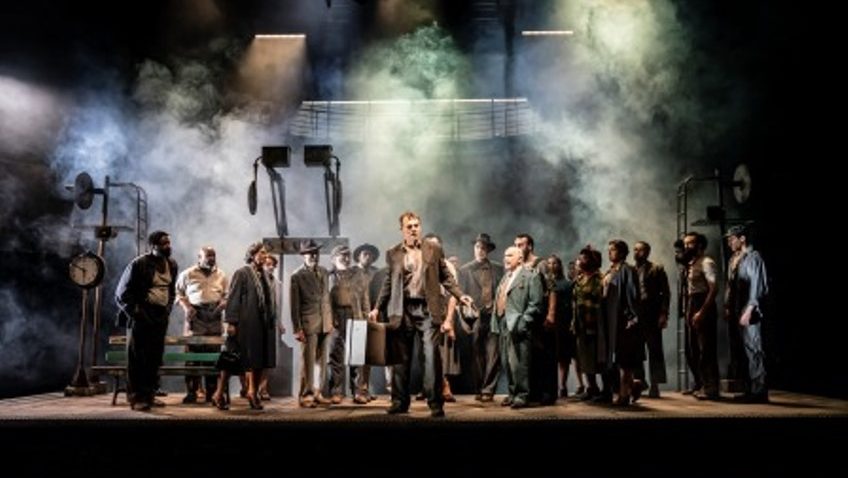 45 years on, Clare Zachanassian, the richest woman in the world (she owns half the world), returns to the god-forsaken town of her birth. She arrives in a sedan-chair, carried by two ex-murderers. Much of her body is constructed from prostheses.

She is accompanied by her latest husband (number seven), two violinists, whom she has blinded and castrated, a former magistrate, now her butler, a panther, and a coffin.

At the celebratory dinner in her honour, she offers the citizens a billion in exchange for the murder of the man who seduced her when she was seventeen-years-old and deserted her when she became pregnant. She knows the citizens cannot afford to refuse. The town is bankrupt. She made them bankrupt.

Initially, the town does refuse her offer. But soon everybody is running up debts and a new prosperity sweeps the town. The old lady bides her time; and sure enough, with everybody living on credit, there comes a point when it becomes an absolute economic necessity her former lover has to die. 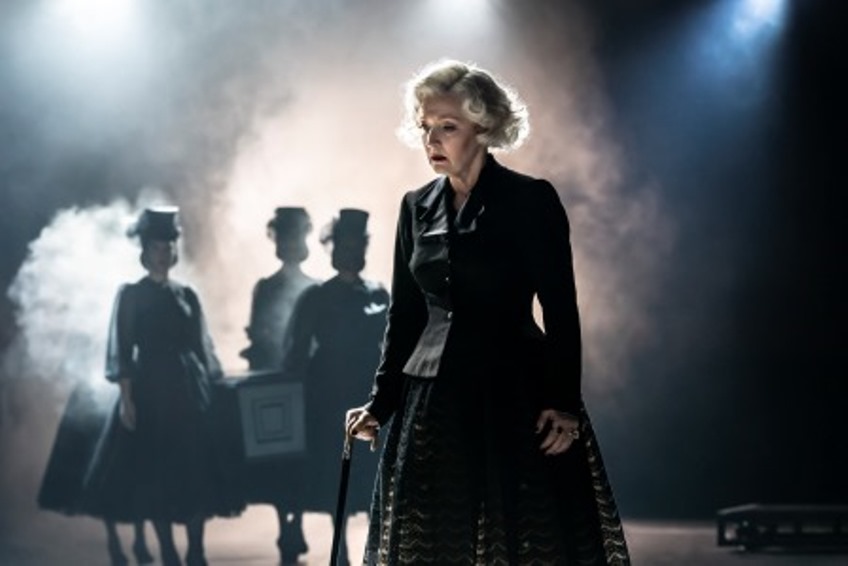 Swiss playwright Friedrich Durrenmatt (1921-1990) wrote his satire on the bourgeoisie and their greed in the Nazi era in 1956.The play was extremely popular with German-speaking audiences and it remains today his best play, a chilling black morality tragicomedy with a starry role for the right actress.

The Visit had its first performance in London in a production by Peter Brook with Lynn Fontanne and Alfred Lunt in 1960. Since then there have been an opera by Gottfried von Einem, seen at Glyndebourne in 1973, a brilliant radical adaptation by Theatre de Complicite at the Almeida in I991 with a grotesque Kathryn Hunter and Simon McBurney, and a revival at Chichester with Lauren Bacall and Josh Ackland in 1995.

The Visit is a much better play than Jeremy Herrin’s production would suggest.

A major problem is Tony Kushner’s adaptation, which sets the story set in mid-20th century America, and is far too long (3 hours 30 minutes) and far too preachy

Lesley Manville as the old lady is off-stage too much and then to place her in the second act on a platform high above the stage, miles away from anybody, is not good for either her or the audience.

The one scene which really works is at the railway station when the Mayor (Nicholas Woodeson) backed by the citizens stop the man (Hugo Weaving), who seduced her all those years ago, from leaving town.