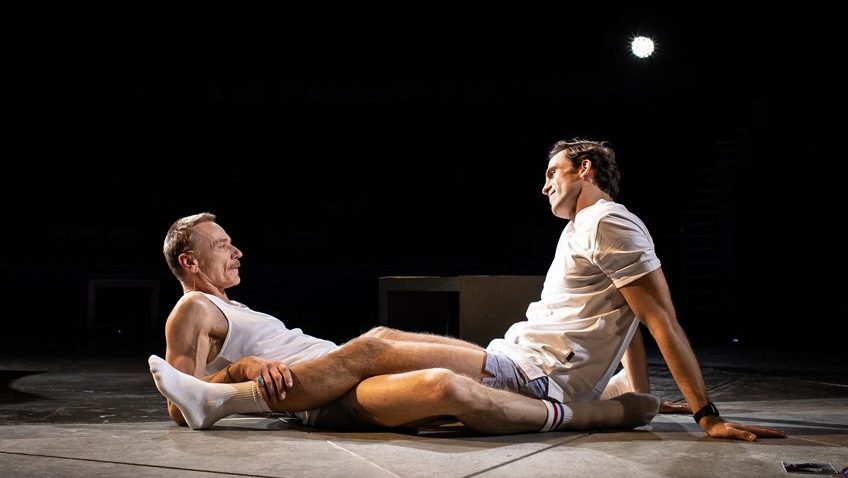 Larry Kramer’s largely autobiographical play, The Normal Heart, deals with the private and public tragedy of the AIDS crisis in New York in the early 1980s and documents Kramer’s efforts to make gays and governments do something about the epidemic. He fights a losing battle and the gay community, in denial, is decimated.

The medical profession does not want to know about the disease and the Mayor of New York (himself a homosexual) is frightened to put up any money for fear of being thought to endorse homosexuality. The New York Times offers no help with publicity either for the same reason.

Equally unresponsive are the gays themselves who react angrily to Kramer’s propaganda to restrict their promiscuous life style. Kramer is, in fact, finally thrown out of the organisation he founded.

The playgoer is bombarded with facts, including a most moving account of the death of one victim whose body is put in a plastic bag and left with the garbage because nobody wishes to touch him.

The Normal Heart, a major American gay play, precursor to Tony Kushner’s Angels in America, premiered in New York in 1985 and had its British premiere at the Royal Court Theatre in 1986 with the young Michael Sheen in the lead role.

Kramer died last year, aged 84. The revival at the National Theatre, directed by Dominic Cooke in the round and acted by a fine ensemble, headed by Ben Daniels, is a first-rate tribute to him and not to be missed. The production has a strong emotional impact

Daniels matches the activist’s passion and rage and he has an excellent scene with his straight brother (Robert Bowman) and a most moving scene with his dying lover (Dino Fetscher). A doctor (Liz Carr), lambasting the medical profession, wins a round of applause and the whole production gets a standing ovation.