Home / LIFESTYLE / REVIEWS > / THEATRE REVIEWS / Uh-huh, it was The Manfreds! 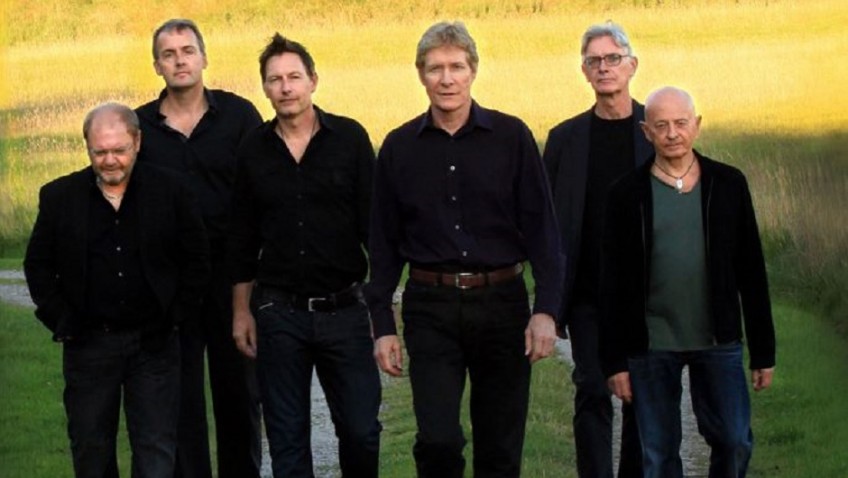 Uh-huh, it was The Manfreds!

Eileen Caiger Gray reviews THE MANFREDS at the DONCASTER CAST

Uh-huh, it was The Manfreds! More than half a century after 5-4-3-2-1! gave them their initial lift-off into the heady world of the Top Ten, the band’s still pulling in eager crowds, and once those crowds are whipped into vocal shape for a massively grand finale of Do-wah-diddy-diddy, standing ovations are inevitable.

Of the current five, three are original members of Manfred Mann (though Manfred’s not there, and nor is Mike d’Abo this time round.) Not content just to infuse new life into all those classic hits, the five serve up a glorious, wide-ranging variety of soulful blues and jazz. Three of them, after all, also belong to Paul Jones’ stupendous Blues Band (Jones, McGuiness and drummer Rob Townsend.

Frighteningly, Jones, lead singer with Manfred Mann from 1963 until 1966, is as slim and sprightly as in his Pretty Flamingo days and full of boundless energy and unflagging enthusiasm. When he says he’s enjoyed the last fifty years and is looking forward to the next fifty, you actually believe him. His distinctive singing voice has lost none of its captivating, soulful potency, and when combined with his mind-blowing, award-winning mastery of the harmonica as it chugs, wails, screeches and shimmers its way through the numbers, he is a phenomenal musical force.

Like his breathtaking harmonica solos, his renditions of Howlin’Wolf, Put It Where You Want It! and of Oscar Brown Junior’s Brother, Where Are You? are magical. Of course, his tambourine and maracas rattle, too, from time to time.

Likewise superb are the free-ranging expertise and creativity of all the instrumentalists. Simon Currie’s virtuoso performances on tenor sax, alto and flute are wonderful, and the close work of his sax with Jones’s harmonica proves a perfect combination. For Sanctuary, Currie duets with Mike Hugg on keyboard,while Marcus Cliffe plays with himself on bass guitar via a recorded loop, to askIsn’t She Lovely? The bright snaking sounds of Tom McGuiness’s guitar embellish many a song, while he also performs solos of his favourite Gallagher and Lyle numbers, including Malt and Barley Blues.

As he delivers the spiel and charms the audience throughout, smart, well-spoken, charismatic showman Paul fills the stage with drive and stamina, allowing the others to simply get on with their music making – ensuring, into the bargain, they have enough energy left for an interval full of signature signing. It must be said that plugs for the group’s CDs, solo CDs, duo CDs and for Paul’s Radio 2 Blues Show (almost 30 years old now) do come thick and fast, but, let’s face it, there’s a lot to boast about.