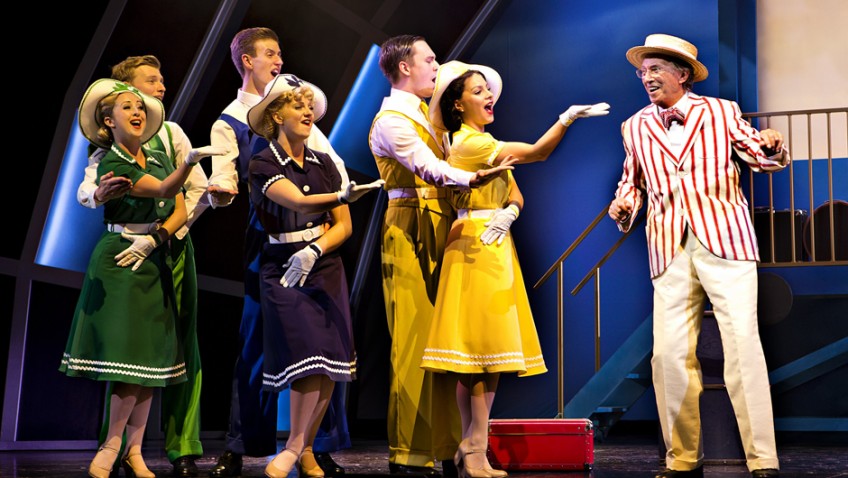 The dazzling smile, the familiar blink, boundless enthusiasm and oodles of charismatic sparkle – it’s Tommy Steele – still! Steele, teenage idol of the 1950s, will reach 80 by the end of the year but he’s as keen as ever to entertain. Glenn Miller, were he alive today, would be a little older at 112, though in life Miller didn’t reach even his fortieth birthday. Onstage, Tommy Steele plays young trombonist Miller in his twenties and thirties with added songs and (minimal) dance. 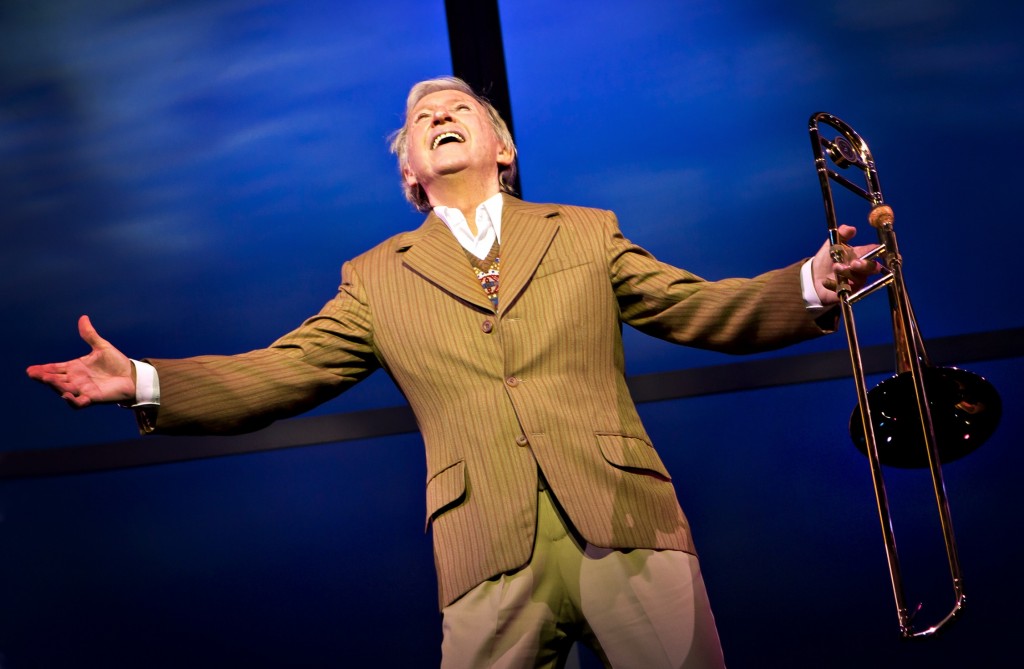 It depends how well you can suspend your disbelief as to whether you can totally ignore the great age discrepancy as Glenn meets and woos future wife, Helen (ably played and sung by Abigail Jaye) or is referred to (grey hair and all) as ‘son’. Ashley Knight, who brings a fine voice to his Perfidia number as Miller’s good friend Chummy Macgregor, is also an older man, which evens up – or compounds – the age discrepancies.

For a brief while at the start of each act, Steele engages with the audience as narrator, something he loves and excels at, before becoming Glenn Miller, complete with American accent (- well, just about). The script is nothing to write home about and the biographical story of Miller is pretty thin and superficial, the end of his life rather rushed. But this is a bright and lively Bill Kenwright production with great music. It don’t mean a thing if you ain’t got that swing, but the band, fortunately, has got it, while half a dozen energetic singer-dancers in fresh, cheery outfits seem more like a dozen as they perform snappy tap, get aboard the Chatanooga Choo-choo and jive through an air-raid. Siobhan Diffin’s role as a telephone operator is a real treat, as is the girls’ trio rendition of Boogie-Woogie Bugle Boy. 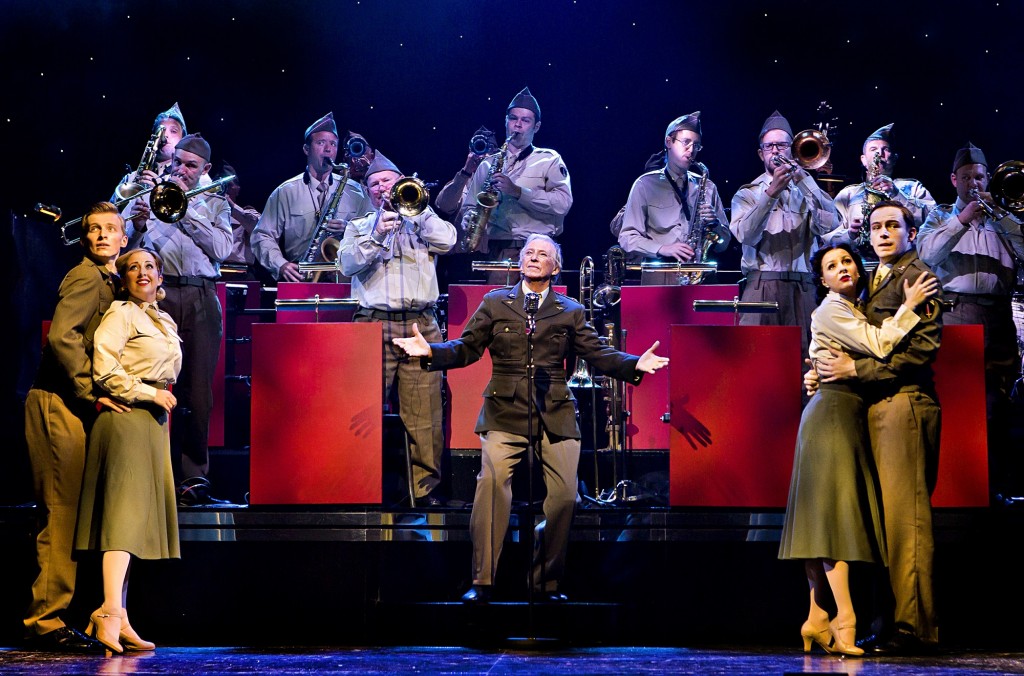 Serving as dark aircraft hangar, outside which ominous fog swirls or around which bombs explode as the wartime band plays on, the arched tunnel stage is lit bright and glittering on cheerier or more romantic occasions.

Like Miller’s music, old geezer Steele retains his freshness and charismatic magic. Putting the two together like this must be pure joy to fans as, flashbacks of Dad’s Army stifled, they get in the mood to enjoy the special Glenn Miller sound in the likes of Moonlight Serenade, Kalamazoo Pensylvannia 6-5000 and, with Steele’s encouragement,  join in to Sing, Sing, Sing.

The show moves next to Birmingham, Oxford, Plymouth, Nottingham and Malvern.