Home / LIFESTYLE / REVIEWS > / FILM REVIEWS / Twee, but clever, this update on the Arthur Ransome class is above all, a celebration of sail boats on lakes 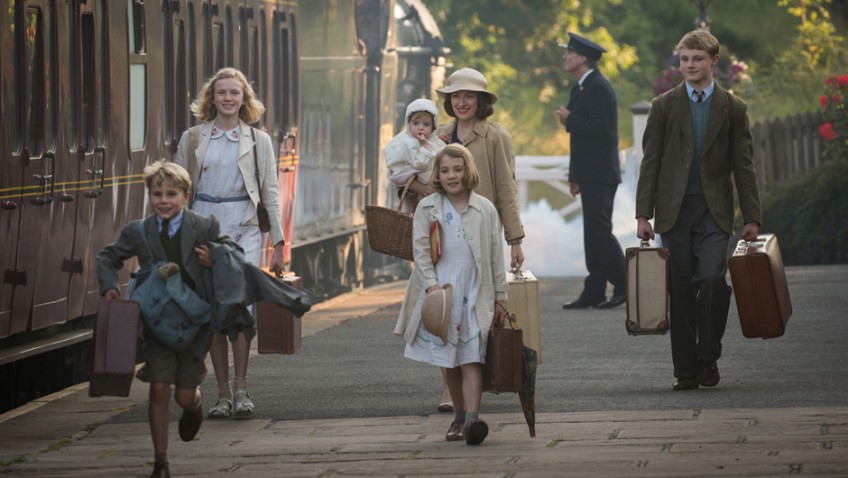 Twee, but clever, this update on the Arthur Ransome class is above all, a celebration of sail boats on lakes

Swallows and Amazons, Arthur Ransome’s 1930 classic novel about an idyllic summer on sail boats filtered through a childhood imagination, has been given a face-lift since it appeared on the silver screen in 1974. BBC drama series director Philippa Lowthorpe’s (Jamaica Inn) film might still be too twee and wholesome for today’s audiences, but Lowthorpe and writer Andrea Gibb have transformed the technically-jargoned novel into a celebration of sailboats on water (‘no one wants to row who has ever sailed’) in the English Lake District. By cleverly setting the story in 1935, the year that Hitchcock’s The 39 Steps was released, the filmmakers offer grandparents some adult intrigue while the grandkids will be enthralled at the notion of acting out pirate stories and camping on treasure islands.

We all know the story, if only from the television series or earlier film, but many readers will have grown up reading this, and the rest of the Swallows and Amazons sequels. While Royal Navy Captain Walker is in Hong Kong with his ship, the nautically-adept Mrs Walker (Kelly Macdonald) takes their five children: teenagers John (Dane Hughes) and Susan (Orla Hill) and their younger siblings Tatty (Tittie in the novel, Teddie–Rose Malleson-Allen) and Roger (Bobby McCulloch) to the Jackson’s (Harry Enfield and Jessica Hynes) farm near Coniston Water for the school holidays.

The film introduces what becomes a spy sub-plot à la 39 Steps and The Lady Vanishes (however, Ransome had worked as a writer and allegedly as a spy, in Russia, and the enemy agent is not German). Into the family’s train compartment barges a threatening Jim Turner AKA Captain Flint (Rafe Spall), being pursued by a newly introduced character, Lazlow (Andrew Scott), a secret agent sent to kidnap Turner and his secret plans. The children watch as the man later known to them as Jim Turner escapes by jumping from the moving train.

All that unpleasantness is forgotten, however, when the family arrives at the Jackson’s farm, just a field away from the tree-lined lake (apparently, Coniston) that beckons the children from their hideout, the promontory they name The Peak of Darien. The children immediately go about turning their dream of camping out on a near-by island in the lake into reality. Mrs Walker sends her husband a telegram for his permission to grant the children’s wish (the point at which the book begins). When he replies in the affirmative with the coded: ‘Better drowned than duffers if not duffers wont drown’, the children pack up the Jackson’s beautiful 14-foot dinghy with a brown sail and, after making a white ‘swallow’ flag for the mast, head for adventure.

In the book, which chronicles the preparations in almost mind-numbing detail (Ransome was apparently teaching sailing to a family at the time), Mrs Walker is, more realistically in the pre-mobile phone days, more cautious than her character in the film. She first makes a dry run to observe the children’s boating skills; checks up on them after their first night, and supplying provisions to the island throughout their stay as the ‘female native’.

If something of the book is lost in the language Ransome uses when writing from the children’s point of view, younger audiences will prefer being left to their imaginary world without parental interference. And this lack of back-up means that when the basket containing their food provision goes overboard on the way to the island, the children really do have to fend for themselves. The difficulty of feeding four growing children off the island is largely ignored, although it is understood, there are fish all around.   A scene in which John visits two friendly charcoal burners and learns to make a fire represents the solution to all their worries in that regard.

As in the novel, Jim Turner is the mysterious, gruff loner in the house boat whom the children believe is the pirate, Captain Flint, particularly as he has a parrot. And as in the book, the children face girl rivals-turned-mates Peggy (Hannah Jayne Thorp) and Nancy (Seren Hawkes) Blackett, who are relatives of ‘Uncle Jim’ and live off a tributary called The Amazon. But new to the film, Lazlow is tailing Jim Turner wherever he goes and John gets implicated in the plot when Lazlow sees him entering and leaving Turner’s boat. All the children, including Peggy and Nancy, have to use their ingenuity to help uncle Jim when he most needs it in the film’s climax. If the tension never rises much above the level of an Enid Blyton adventure, it is an interesting idea to introduce more of Ransome’s real life into the character of Jim Turner, Ransome’s alter-ego in the books.

While adults might have wanted a more hard-edged spy subplot, the novel’s perfect Walker children here exhibit a bit of sibling rivalry, although they are nothing like today’s teenagers who would not be caught dead hanging out with their younger siblings. John and Susan bicker and blame one another, and John loses his temper (who could blame him) with the adorable, but accident prone, Roger, who manages to fall off the boat and lose John’s cherished, and practical, knife, a gift from his father. We are, however, reminded of the days when children had the internal resources to create their own adventures without the assistance of computer games.

If Swallows and Amazons might fall short of ideal entertainment for everyone, the filmmakers have succeeded in recreating the romance of sail boats on lakes at a time when our lakes and beaches are polluted by – if not closed to swimming altogether due to the danger of – motor boats and water skiers. The empty lake, unrealistic as it may appear, and idyllic holiday adventures might convince audiences, too, of the possibility of enjoying a post-Brexit holiday in this country. We cannot help but notice, however, that the children remain bundled up in jumpers and jackets in the summer, and the rare dips in the lake are neither voluntary nor particularly enjoyable.

Some things never change; including the British weather.