Home / SLIDER / Dreamgirls is a blast – one big, non-stop blast. 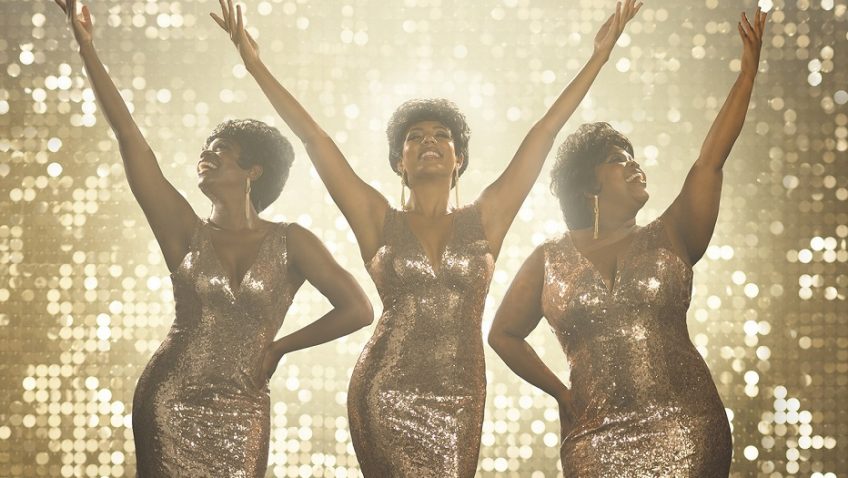 Dreamgirls is a blast – one big, non-stop blast.

Listening to the songs of Tom Eyen and Henry Kreiger and watching Casey Nicholaw’s brilliantly directed and choreographed production, I wondered why this Broadway musical had taken 25 years to reach London.

Dreamgirls was originally directed and choreographed by the great Michael Bennett in 1981. You may have seen the 2006 film with Beoncé. Jamie Foxx and Eddie Murphy Taking its inspiration from The Supremes and set in the 1960s, Dreamgirls follows a trio of black soul back singers who only make the big time when the lead singer is sacked

She is sacked, not because she doesn’t sing well enough – she has the best voice – but because she is just not attractive and slim enough

Nicholaw’s staging is dazzling in its transitions, energy, momentum and efficiency. The transitions from song to dialogue are seamless. Tim Hatley’s designs delight in their colour and pictorial images.

Gregg Barnes’s costumes for the ladies are great. The amazing and impossibly quick changes on stage are as jaw-dropping as David & Diana’s transformations in America’s Got Talent.

The three leads, Amber Riley, Liisi LaFontaine and Ibinabo Jack, all have strong personalities and strong voices; and they can act.

Amber Riley has a big voice and she uses it so superbly in her dramatic rendering of “And I’m Telling You I’m Not Going”, that she got a standing ovation in the middle of the song.

Adam J Bernard is very engaging as an R&B performer.

There are good performances, too, from Joe Aaron Reid as the business manager, who is focused on fame and money, and Tyrone Huntley (last seen as Judas in Jesus Christ Superstar in Regent’s Park) as the group’s songwriter.