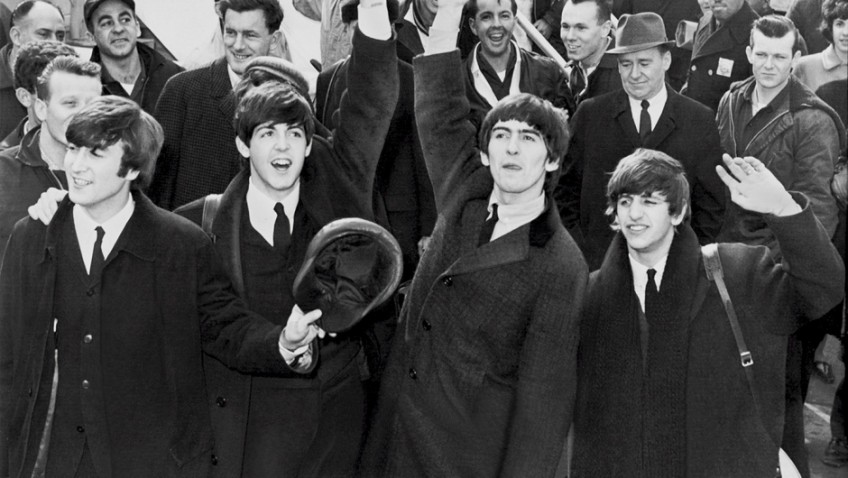 THE BEATLES  EIGHT DAYS  A WEEK: THE TOURING YEARS (StudioCanal). Ron Howard’s documentary is a record of Beatlemania in the 1960s. The girls scream and faint. Whoopie Goldberg says that, when she was a teenager, the Beatles were a great inspiration for black teenagers.  The boys played to phenomenal-sized audiences everywhere they went. John Lennon said they were bigger than Jesus. The American Bible-belt responded by burning their discs. They played to 55,000 in the Shea Stadium.Such was the mass hysteria, the sheer noise, the music and lyrics could no longer be heard. The boys decided to give up touring and concentrate on albums and in 1967 they released Sgt Pepper’s Lonely Hearts Club Band.

WHEN MARNIE WAS THERE (StudioCanal). This is an exquisite Japanese animated film which has been dubbed into English. It will appeal to adults as well as children.  A sad and lonely 12-year-old, with low esteem and poor health, is sent to relatives in the country to recuperate. She discovers a haunted house and meets a girl who is equally melancholy. Is Marnie an imaginary friend? Or is she a ghost from the past? The images are beautiful. The film  is based on an English book by Joan G Robinson. Hiromasa Yonebayashi’s film  for the Studio Ghibli will be on many people’s list for Best Animated Film Award.

TICKLED (StudioCanal). David Farrier, who has penchant for the bizarre and weird, explores competitive tickling on video. Is it for real? Is it a sport? Or is it just a bit of fun?  It turns out to be something pretty nasty. Young athletes, short of cash, are persuaded to be filmed being tickled. When they ask for the videos to be removed from the internet, they are bullied, harassed and humiliated. Emails and links are sent to all and sundry, their lives a total misery. David Farrier himself is threatened with a lawsuit by lawyers. He goes ahead, tracks down and exposes a very rich and mentally very sick recluse