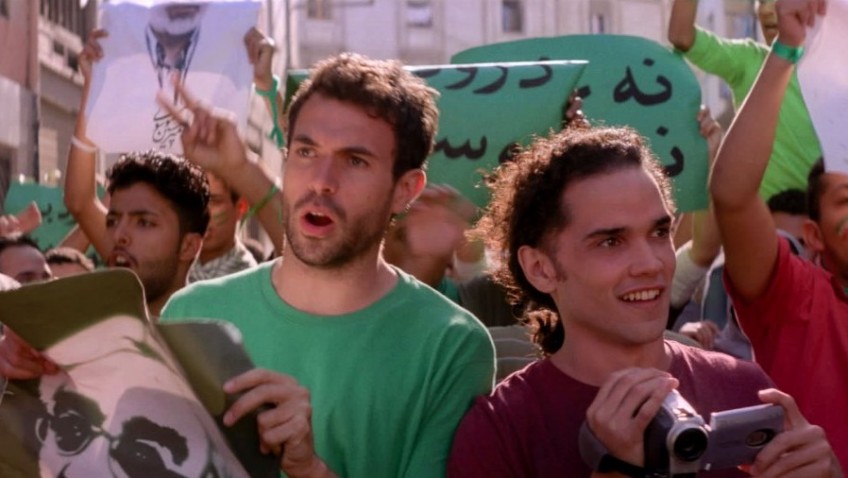 In Iran it is illegal to dance

DESERT DANCER (Metrodome). Richard Raymond’ film is based on the Iranian dancer Afshin Ghaffarian who “did a Nureyev” and defected whilst on tour, seeking asylum in Paris. When he was a young boy, he had watched Rudolf Nureyev and other dancers on YouTube and was enthralled. In Iran dancing is a sin and anyone caught dancing or watching dancing is lashed and imprisoned. Ghaffarian (Reece Ritchie) forms an underground dance company. Since it is too dangerous to perform in the city, they perform where nobody can find them. But will the brutal Morality Police find them? The high spot is Akram Khan’s passionate, intense choreography, a spiritual and political statement, danced by Ritchie, Frieda Pinto and Tom Cullen in the desert.

THE BIG SHORT (Paramount). Adam McKay’s over-rated film deals with the events leading up to the global economy going into recession in 2007. The housing market bubble, propped up by bad loans, is about to burst. Wall Street traders take advantage of the coming crash. Corruption and lies are rife.  Immigrants and poor people get the blame. The satire focuses on the rich rogues but is not satiric enough. Some audiences, not up in financial analysis, may get lost in the clever-clever scattershot editing and wonder what is going on. There are revue sketches to explain complicated information. The cast is headed by Christian Bale, Steve Carrell, Ryan Gosling and Brad Pitt.

VICTORIA (Artificial Eye). German director Sebastian Schippen and photographer Strula Brandth Grovlen shot this crime thriller over 2 hours in one single shot in 20 locations, a remarkable technical achievement. A naive young Spanish girl (Laia Costa), recently arrived in Berlin, is picked up by some very amateur criminals and gets involved in a bank robbery. She drives the getaway car. The actors improvise in German and bad English. The tension increases but the implausibility of her Behaviour never goes away. Still, the film is a good calling-card for Schippen and Costa. Other directors are sure to want to work with her.

THE FIRM (BFI). Alan Clarke’s bleak and gritty film for television (with a script by Al Parker and improvisation by the cast) caused a furore in Thatcherite Britain in 1989 with its sickening depiction of violence and vandalism. Here was a portrait of a new type of hooligan, affluent, holding down a respectable job in the week and letting rip at weekend with knives and baseball bats. Gary Oldman (much admired in one of his favourite roles) is the guy who stakes his right to lead the English hooligan contingent in Europe. The man is an animal. His gang, the pattern of all English hooligans with their misplaced patriotism, idolise him and make it clear “they like fighting people” and nobody is going to stop them.

JOURNEY TO THE SHORE (Eureka). Husband returns home after a three years absence. He’s a ghost. He was a dentist. He drowned. His wife is a piano teacher for children. He takes her on a number of journeys. They meet other dead people, some of whom haven’t noticed they are dead. She also meets his mistress in his surgery. Living and dead co-exist. Why has he come back? You can’t have sex with a ghost. Or can you? The Japanese love ghost stories and the film won a prize for its director, Kiyoshi Kurosawa at Cannes Film Festival. Some people have been moved by the story. I found it very boring.