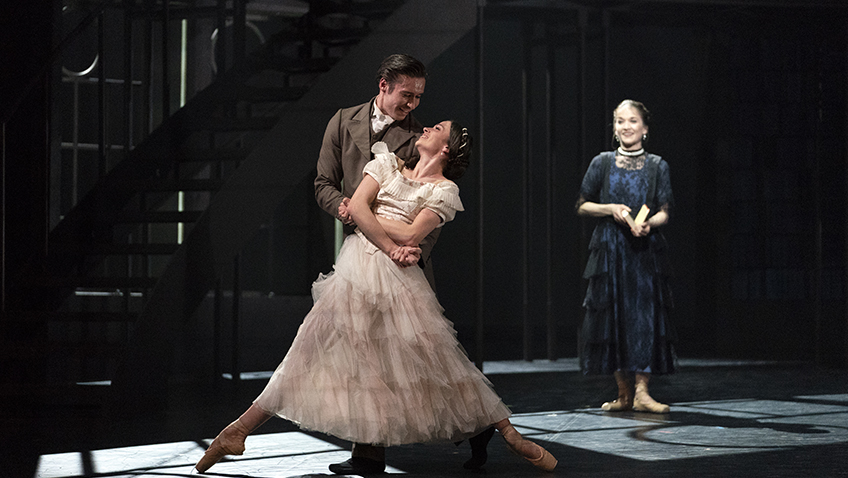 The first play to be written about Victoria, Laurence Housman’s Victoria Regina in 1934, was not publicly performed until 1937 because the Lord Chamberlain had ruled that no British sovereign could be portrayed on the British stage until 100 years after his or her accession.

How things have changed since then.

Northern Ballet in a co-production with The National Ballet of Canada celebrates the 200th anniversary of Victoria’s birth with a full-length ballet of her life which has been created by Cathy Marston who also has choreographed Lady Chatterley’s Lover, Hamlet, Jane Eyre and A Tale of Two Cities. The delightful music is by Philip Feeney. 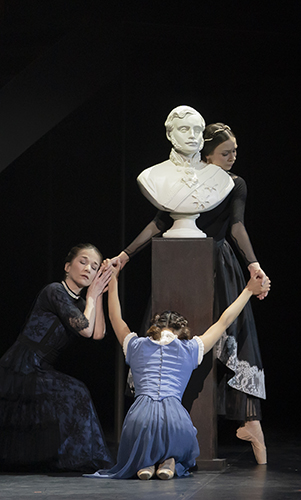 When Queen Victoria was young she loved going to the theatre and she loved ballroom dancing. She made drawings of dancers.

The events in her life are seen through the eyes of her youngest daughter, the dutiful, loving, self-sacrificing Beatrice (Pippa Moore) who, on the death of Albert, became her permanent companion and secretary.

Victoria left behind 122 diaries which Beatrice, edited, transcribed and expurgated over a thirty year period. She burned the original diaries.

A special feature of Marston’s choreography is that the corps as archivists (costumed in red to match the colour of the covers of the journals) bring the pages of the diaries to dancing life.

Steffen Aarfing’s setting is a library. The books are reached by two staircases. The stage is bare except for an arm chair and a bust of Albert.

The first act concentrates on Victoria’s friendship/infatuation with John Brown (Mlindi Kulashe), the highland ghillie, who takes the bullet in one of the assassination attempts on the queen’s life. Beatrice is appalled by the sexual liberties she witnesses and tries to stop them by literally coming between them.

Marston’s choreography is notable for the sheer number of trios. One of the most dramatic moments is Victoria’s rage when she learns that the young Beatrice (Miki Akuta) wants to marry Liko (Sean Bates) and she also, literally, comes between them.

Marston’s choreography is always interesting; but as to who is who and what is actually going on at any given moment, she is not always clear. I strongly advise you to arrive early and read the synopsis before you see the ballet.

Victoria is touring and can be seen in Leicester, Edinburgh, Milton Keynes, Cardiff and Belfast.