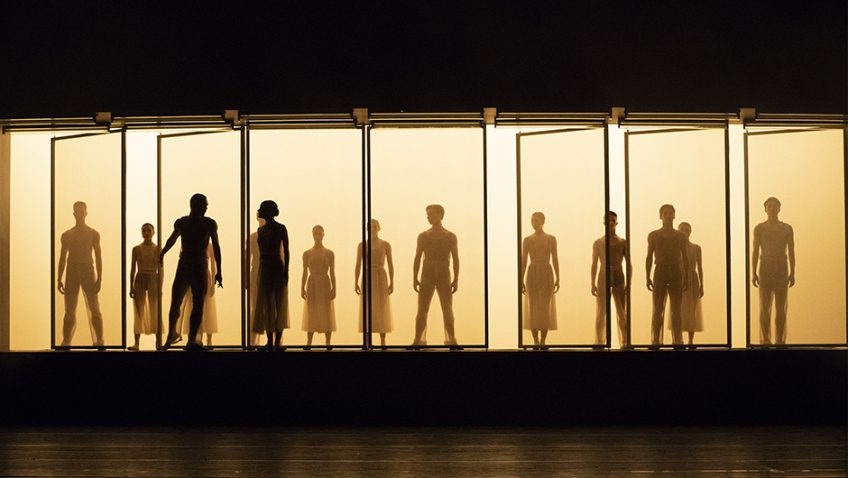 Whitley’s ballet for ten dancers is set to music by American composer Pauline Kline’s The Blue Room and Other Stories. It premiered during the International Dance Festival in Birmingham in 2014.

Whitley trained as a classical dancer and performed for Birmingham Royal Ballet before becoming a choreographer.

Kin is not only a reference to kinship and relationships between people but is also meant as an abbreviation of kinetic.

The four movements, danced in what looks like a dark marbled underground car park, mix the classical and contemporary. The choreography is abstract and random in motion. Jenna Roberts and Joseph Caley head the cast; and there is plenty of kinship there. 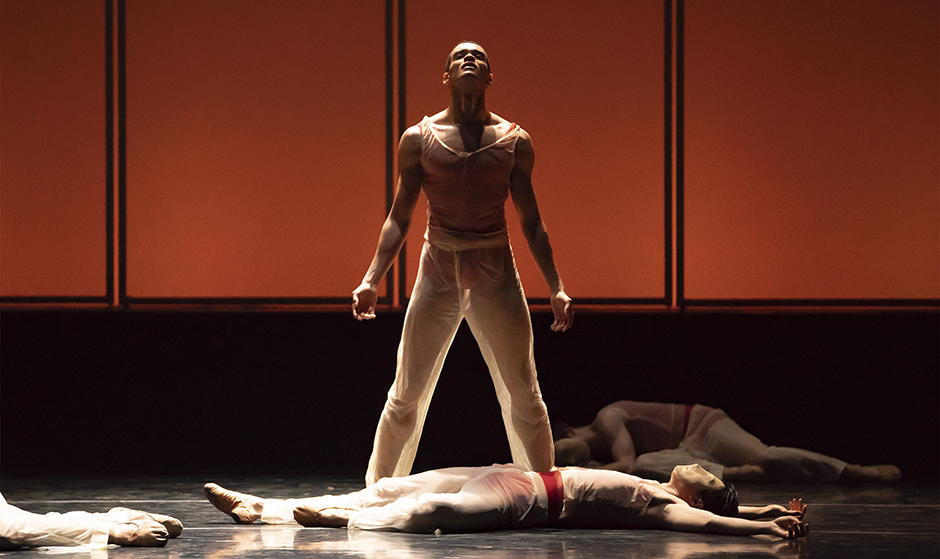 Embrace is the first ballet commissioned as part of Ballet Now, Birmingham Royal Ballet’s collaboration with Sadler’s Wells to create a legacy of new tradition, new talent and new ballets.

Danced to music by Sarah Kirkland Snider, it is about coming to terms with one’s sexuality and says it’s all right to be gay. Brandon Lawrence is the thoroughly miserable outsider surrounded by people having a good time. Delia Matthews is his best friend from childhood. Max Meslan is his new boy friend. If only there were more to it.

Twyla Tharp’s In the Upper Room 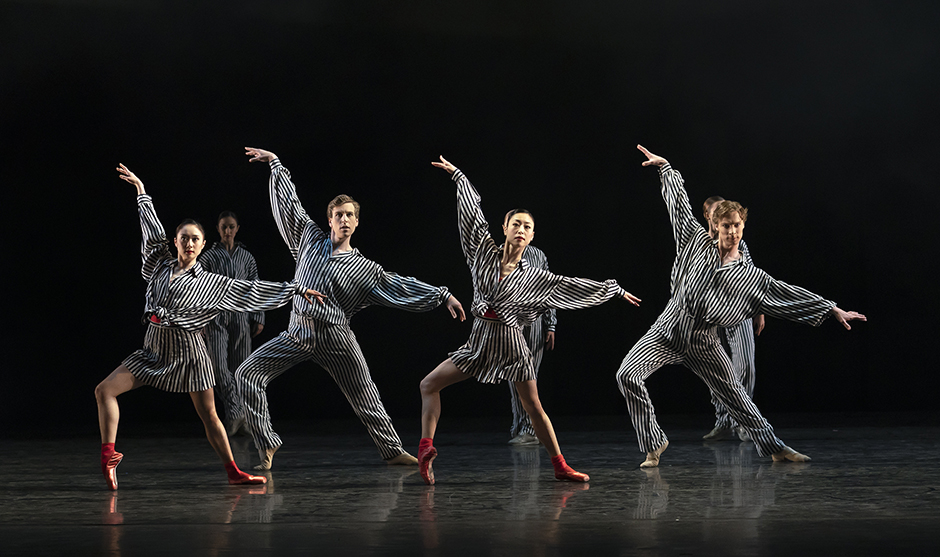 Tharp’s exhilarating ballet to pulsating music by Philip Glass and lit by Jennifer Tipton, premiered in 1986 and remains one of her most popular works. It is great fun, full of joy, athletic, and taken at a cracking pace.

Tharp is technically and physically demanding. Mixing and contorting classical and modern dance, she constantly surprises.

The dancers emerge at speed out of the cloudy smoke. They are dressed in striped pyjamas, sneakers and red point ballet shoes, red socks and red vests. They limber up, jog and leap about in a deceptively casual way.

Glass’s score is ratcheted up. The dancers, a fine ensemble pushed to the extreme, never let up. Their collective energy and stamina is amazing. They look as if they could go on forever. The audience, too, is absolutely exhausted just watching.