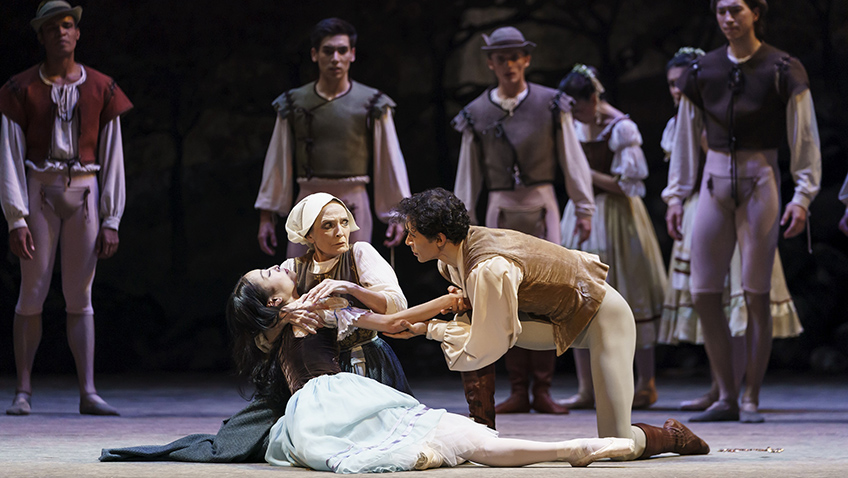 Giselle, the most famous and enduring of all ballets of the Romantic era, is to dancers what Hamlet is to actors; and it boasts one of the best mad scenes in all drama, not just ballet, but theatre, opera and film as well.

The role, which combines the real and the supernatural, was conceived by Theophile Gautier as a showcase for the great Carlotta Grisi. It premiered at the Paris Opera in 1841 with enormous success. 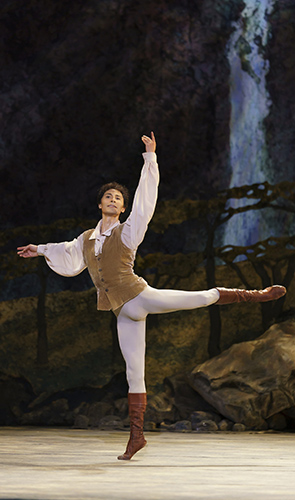 There have been so many versions since. David Bintley and Galina Samsova’s version, dating from 1999, stays true to the classical spirit and steps of the original by Marius Petipa, Jean Coralli and Jules Perrot (Grisi’s lover).

Giselle (Momoka Hirata), a very naïve peasant girl, falls in love with a handsome young philanderer, who turns out to be the Count Albrecht in disguise and he is already engaged to a lady at court.

The court lady arrives on horseback, as was her wont in the days of old. The white horse was well-behaved and made no rude comment.

In this production sweet innocent Giselle does not die of a broken heart; instead she seizes Albrecht’s sword and kills herself.

Albrecht (César Morales), filled with remorse, goes deep into the forest in the middle of the night to find her grave in the ruins of a spooky Gothic cathedral.

Here he encounters the men-hating Wilis, all in white, ghosts of jilted brides and girls who have died before their wedding day. Obedient to their Queen (Samara Downs), they force men to dance to death.

They kill Hilarion (Kit Holder), the forester, who had hoped to marry Giselle before Albrecht came along. Albrecht is saved only by the intervention of Giselle who rises from her grave to defend him.

Any production of Giselle stands or falls by its atmospheric second act, one of the great acts in romantic ballet. The drama is there for all to hear and see in Adolphe Adam’s superb romantic score and the performances of Hirata, Morales and the corps.

The choreography for the vengeful Wilis is thrilling and Morales dancing himself to death had the audience cheering before he had finished his solo. 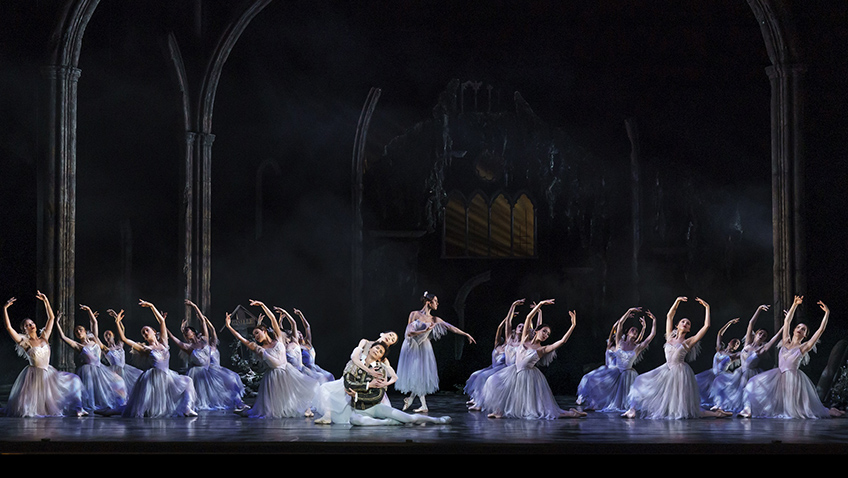