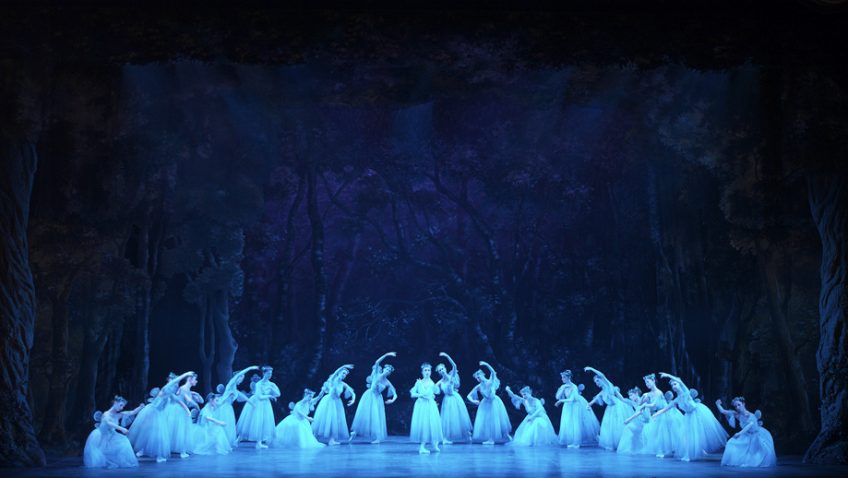 English National Ballet has two Giselles in its repertoire. Giselle, the most famous of all ballets of the Romantic era, and one of the definitive statements on heartbreak, was conceived by Theophile Gautier as a showcase for the great Carlotta Grisi and premiered in Paris in 1841.

The role, combining the real and the supernatural, is to dancers what Hamlet is to actors and boasts one of the best mad scenes.

The music is by Adolphe Adam and the choreography is rooted in the traditional by Jean Coralli and Jules Perrot, revised by Marius Petipa.

Giselle, a very naïve peasant girl, falls in love with a handsome chap, who turns out to be a philandering Duke in disguise and already engaged to a lady at Court. She does what is expected of romantic heroines in such circumstances. She goes mad and falls down dead.

Duke Albrecht, not to be outdone, also does something very romantic. Filled with remorse he goes deep into the forest in the middle of the night to find her grave. Here he meets a bevy of vengeful Wilis, man-hating, virginal, jilted brides, a lethal combination, who lure young men to their death

Any production of Giselle stands or falls by the atmospheric dramatically spooky second act, much enhanced by the corps in ghostly unionism and by David Mohr’s lighting.

The iconic arabesque chug section, exquisitely created, plus Adam’s music, is always one of the ballet’s high spots.

Albrecht is saved only by the intervention of Giselle who rises from her grave to defend him.

Alina Cojocaru, a touchingly fragile Giselle, and Isaac Hernandez, a genuinely remorseful Albrecht, are admirable in their duets and solos.

Incidentally, on a lighter note, should you ever want to see comic hordes of vengeful brides, chasing a frightened groom, may I recommend you watch Buster Keaton’s silent classic, Seven Chances.