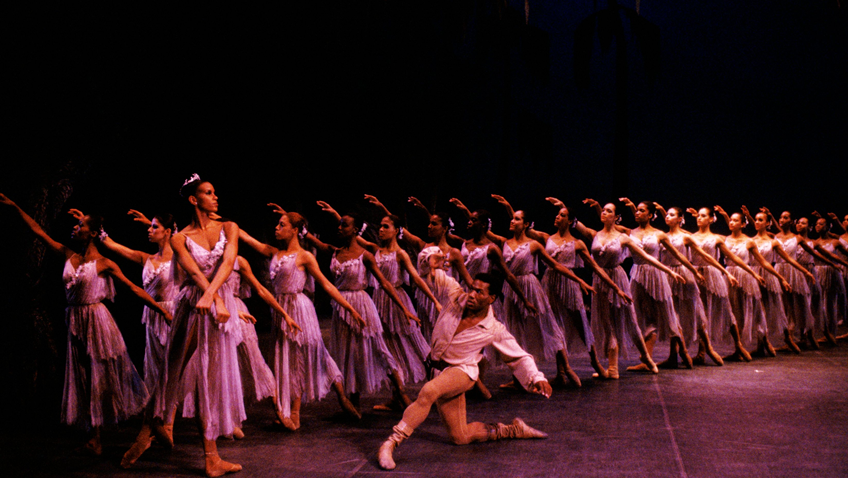 Giselle, the most famous of all ballets of the Romantic era, and one of the definitive statements on heartbreak, was conceived by Theophile Gautier as a showcase for the great Carlotta Grisi and premiered in Paris in 1841.

The role, combining the real and the supernatural, is to dancers what Hamlet is to actors and boasts one of the best mad scenes in all drama, not just ballet, but theatre, opera and film as well.

The gorgeous music is by Adolphe Adam and the choreography is rooted in the traditional by Jean Coralli and Jules Perrot, revised by Marius Petipa.

The ballet has had many transformations since its premiere in Paris in 1841 and one of the best is by The Dance Theatre of Harlem.

In 1969 at the height of the civil rights movement and shortly after the assassination of Dr. Martin Luther King Jr, Arthur Mitchell and Karel Shook founded The Dance Theatre of Harlem, renowned for being the first Black classical company and the first major company to prioritise Black dancers and to prove Black dancers could excel in classical ballet.

In 1984 Mitchell gave Giselle a uniquely American context by taking it out of Germany and transferring it to the Afro-Creole community in Louisiana in 1841 (the year of Giselle’s premiere in Paris).

Louisiana was a French colony and treated slavery differently. There were free Blacks who were rich and had plantations as well as slaves.

Giselle, with an all-Black cast, offered a different perspective and a different experience. It was a major event in the history of ballet.

Frederic Franklin’s staging remained true to the choreography and plot of the original. The only difference was the setting designed by Carl Michel. Act 1 is set in a Southern farm village. Act 2 is set in a misty, swampy Louisiana bayou. The peasants look pretty and the landowners, elegantly dressed, look aristocratic.

Virginia Johnson, (the current artistic director of Dance Theatre of Harlem) is Giselle, a farm hand, who falls in love with a handsome chap, who turns out to be already engaged to somebody else.

Eddie J Sullivan is Albrecht (now renamed Albert), the son of a wealthy landowner. Filled with remorse he goes deep into the forest in the middle of the night to find her grave. Here he meets a bevy of vengeful Wilis, man-hating, virginal, jilted brides, a lethal combination, who lure young men to their deaths.

Lowell Smith is Hilarion, who loves Giselle and he really does look like he is going to murder Albert. Lorrain Graves is Queen of the Wilis. Judy Tyras and Augustus Van Heerden have a nice showcase as the peasants who dance to entertain the rich visitors.

Any production of Giselle stands or falls by the atmospheric and dramatically spooky second act. Dance Theatre of Harlem’s production was filmed for television in Denmark in 1987.

The camerawork in foggy Act 2 was unable to capture the full impact when the Wilis fill the whole stage and especially when they lure Hilarion to his death. The camera had more success with Giselle and Albert’s solos and duets.

Anybody interested in ballet will want to watch Creole Giselle.