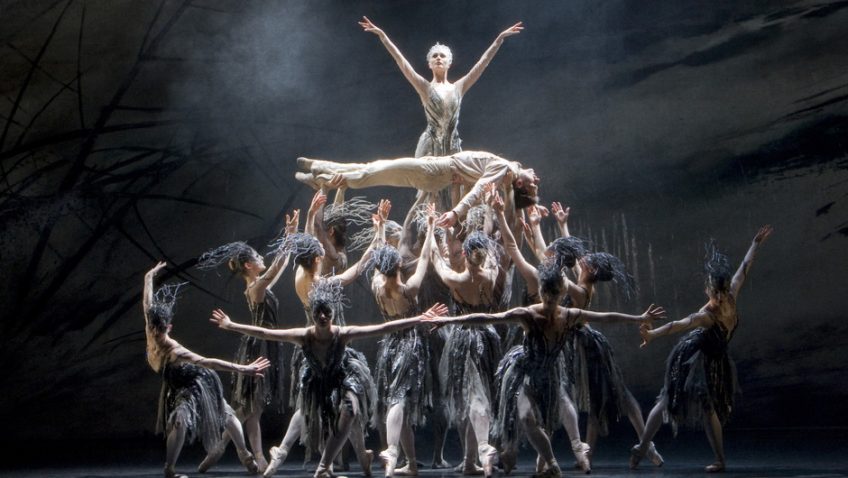 Arcadia is Ruth Brill’s first main stage commission. According to the synopsis her choreography is exploring the dual nature of Pan, god of Arcadia; but there is no visible transformation in either him or his subjects after his meeting with the Moon. 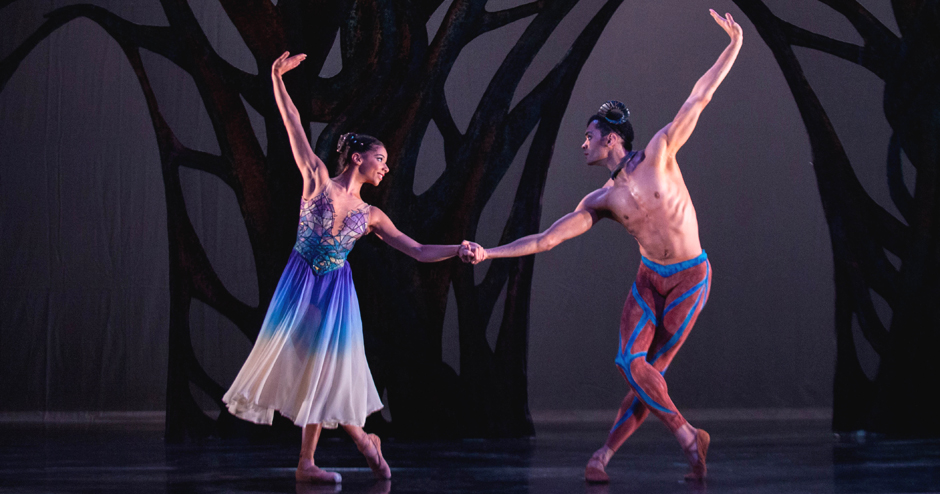 The music by saxophonist John Harle is particularly appealing. The stylised and lattice-like trees, designed by Atena Ameri (who is still a student at Birmingham City University), make for an attractive art deco backdrop.

Le Baiser de la fée was conceived by Igor Stravinsky and Alexandre Benois and choreographed by Bronislava Nijinska in 1928. The libretto is based on Hans Christian Anderson’s The Ice Maiden. The music pays homage to Tchaikovsky’s ballets.

There have been versions of the story by Frederick Ashton, George Balanchine, Kenneth Macmillan, Marty Kudelka and Ronald Hynd. The latest is by Michael Corder and his version lacks the icy evil which might have made it more dramatic.

The predatory fairy (Jenna Roberts) is a baby-snatcher twice over and her sexual Behaviour is totally inappropriate and unacceptable by today’s standards. She gives a baby boy a kiss when his mother dies during a blizzard and twenty years later she kidnaps him on his wedding day and his bride (Momoko Hirata) is jilted.

The final image is a beautiful column of bodies but it is not clear whether the uplifted young man (Lachlan Monaghan) is dead or being served up on a plate before being put in the ice maiden’s fridge for later use.

Still Life at the Penguin Café

Still Life at the Penguin Café, created by David Bintley in 1988 to an extraordinary and instantly likable score by Simon Jeffes, is a lot of fun. The title is a pun. Still life could mean dead. It could also mean that life is still going on at the café. 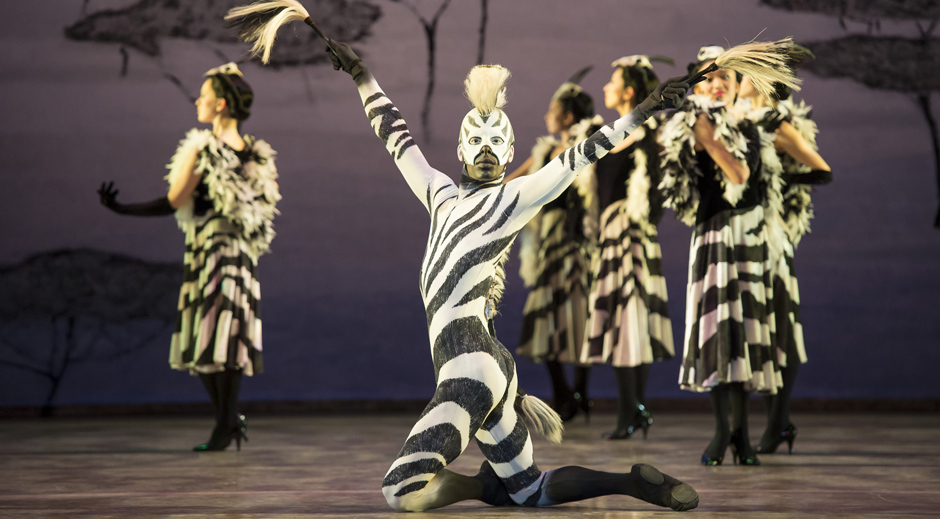 Tyrone Singleton in ‘Still Life’ at the Penguin Café

The ballet is a series of revue vignettes, a cabaret, a carnival of endangered species, including a happy kangaroo rat (Tzu-Chao Chou, absolutely delightful), a longhorn ram (who behaves like a flirtatious 1920’s flapper) and a skunk flea, which causes havoc to a group of camp Morris dancers who remain totally straight-faced throughout.

There is also a woolly street-circus monkey, a zebra (Tyrone Singleton, stylish) which gets shot, a rainforest couple and child and, of course, penguins as waiters.

Bintley’s ballet is so charming and light-hearted that the serious coda may well come as a surprise to many.