Home / LIFESTYLE / REVIEWS > / THEATRE REVIEWS / Should sex offenders be shown any sympathy? Are paedophiles beyond forgiveness? 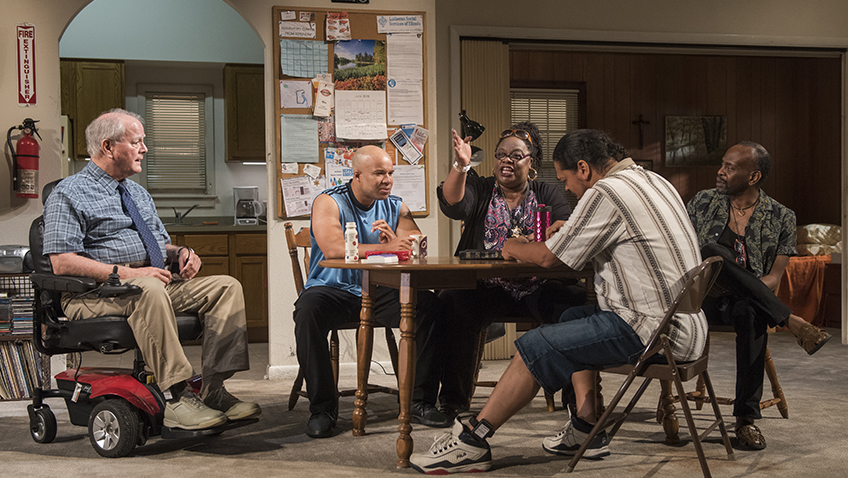 Should sex offenders be shown any sympathy? Are paedophiles beyond forgiveness?

Steppenwolf Theatre Company in Chicago is one of the great theatre companies in America. They have been to London before and they are always good value.

I remember in particular an epic production of John Steinbeck’s The Grapes of Wrath at the National Theatre and a hilarious production of George S. Kaufman and Moss Hart’s The Man Who Came to Dinner at the Barbican. 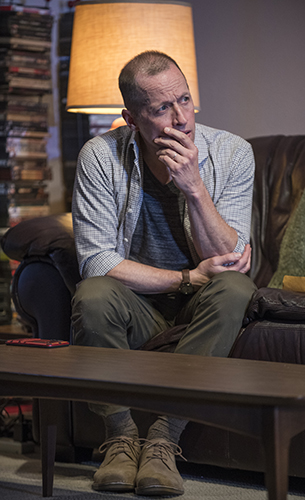 Bruce Norris’ Downstate asks how we should treat paedophiles. Are sex offenders beyond forgiveness? Once they have served their prison sentence, how much longer should the punishment continue?

In the USA the law is getting harsher and more exacting. Downstate is a plea for just laws and measured penalties. The action takes place in Illinois in a government owned group home for convicted paedophiles.

The municipality has put wider rings round schools, parks, bus stops, libraries, shops, anywhere where children might be. They are denied access to mobiles and the internet. One of them is electronically monitored. The local community constantly shows their displeasure at their presence.

Fred (Francis Guinan), a piano teacher, had sex with two 12-year-old boys. One of the boys (Tim Hopper) returns, years later, much traumatised, and demands he sign a letter of reconciliation, an apology listing all that he had done to him.

Fred, in a motorized wheelchair, is a gentle, tender man, who loves Chopin’s Raindrop Prelude. He freely acknowledges his guilt.

Dee (K. Todd Freeman) was an actor and when he was appearing in a production of Peter Pan he had an affair with a 14-year-old who was playing one of the Lost Boys. The boy continued to write letters to him when he was in prison.

Gio (Glenn Davis) had sex with an underage girl and claims he did not know she was underage. Felix (Eddie Torres) had sex with his daughter. Both men take refuge in religion. Cecilia Noble is the probation officer.