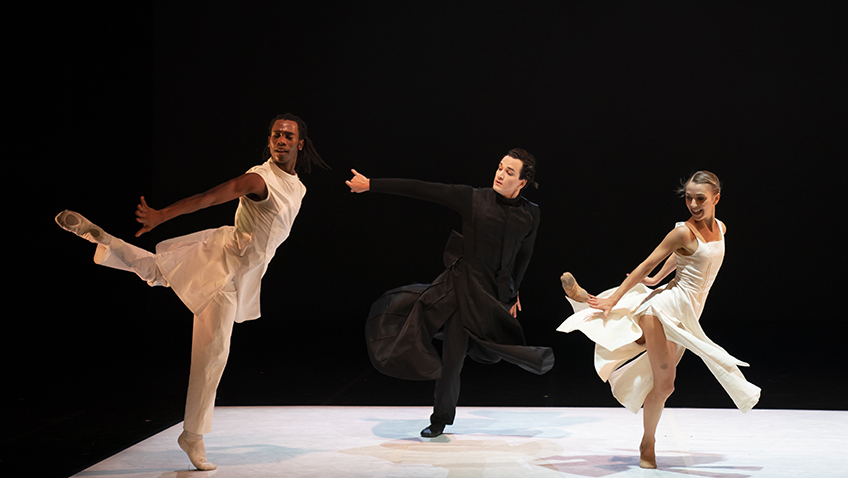 Yet Northern Ballet is primarily renowned for its tremendous theatrical spectacle. With imposing sets and costumes, its large-scale dramas are strongly narrative-led – just think Victoria, Jane Eyre, Madame Butterfly, Orwell’s 1984, A Christmas Carol or Dracula. In striking contrast, this programme presents a beautiful simplicity of backdrop and costume that keeps full focus on non-stop feasts of riveting, dramatic dance. With no period costume styles to obscure leg or body shape, every straining muscle is on full display, its work properly admired, while, unconstrained by the demands of having a bigger story to tell, each piece maintains a continuous flow of interactions involving any number or combination of dancers. Blending much loved classical elements with more modern takes and styles comes a delicious variety of both dance and music.

The Kingdom of Back

The Kingdom of Back, premiered in 2018 and choreographed by Morgann Runacre-Temple, features the relationships of stern, obsessive, tyrannical Leopold Mozart, his genius son Wolfgang and his likewise musically-gifted daughter Nannerl, whose fine talents are soon totally eclipsed by her brother’s, her compositions lost forever. Intriguing, absorbing, the piece is danced before a plain, dark backdrop in simple costume (- at least once the impossibly tall, white wig is removed from Nannerl’s head!) Leopold sports harsh, priestly black, Wolfgang surgical white, while the expressive Nannerl is clad in floating, white dress strips.

As in any ballet, the music is as important as the choreography in creating mood, atmosphere and enjoyment. Here, Frank Moon’s inventive sound design adds dashes of Bowie’s Life On Mars to fabulous Swingle Singers’ Bach partitas and Mozart horn concerto, and to breathtaking echoes, distortions and repeats of a fragmented Mozart Symphony 40 extract, that hold back the full blossoming of the melody and the dancers for a deliciously captivating, improbably long time. 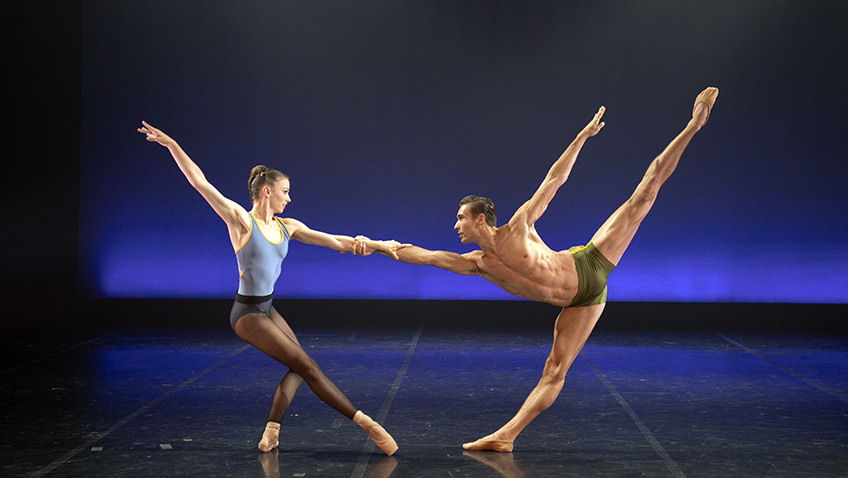 Vivid backdrops are lit for Latin-style Powerhouse Rhumba, choreographed by artistic director David Nixon OBE for the company’s 40th anniversary ten years ago. With Graeme Koehne’s film soundtrack-style music playing as a continuous piece, the stage fills with lightly-clad (or barely-clad) dancers who stun with their stamina and amaze with infinite varieties of athletic and balletic dance skills.

For An Instant, Amaury Lebrun’s first collaboration with the company, depicts fleeting aspects of life and humanity as they head inevitably toward death. Plenty of scope for anguish and pathos, then – and onstage rain – and there’s also the expressive music of von Biber and Purcell on offer, the poignancy of dancing to Dido’s Lament never failing to move.

This is a fine programme for anyone keen to witness the intense power, the total commitment, the pulsing physicality and skill in every robust, dancing muscle whilst being taken on beautiful, emotional journeys. 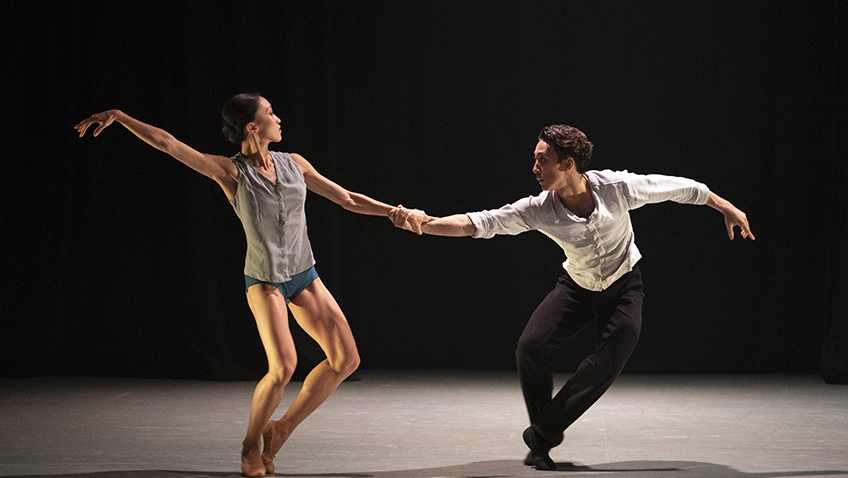 Minju Kang and Riku Ito in For an Instant

For details of tour dates for Cinderella, Dracula and the short programmes, and for premieres of Geisha and Little Red Riding Hood, see northernballet.com