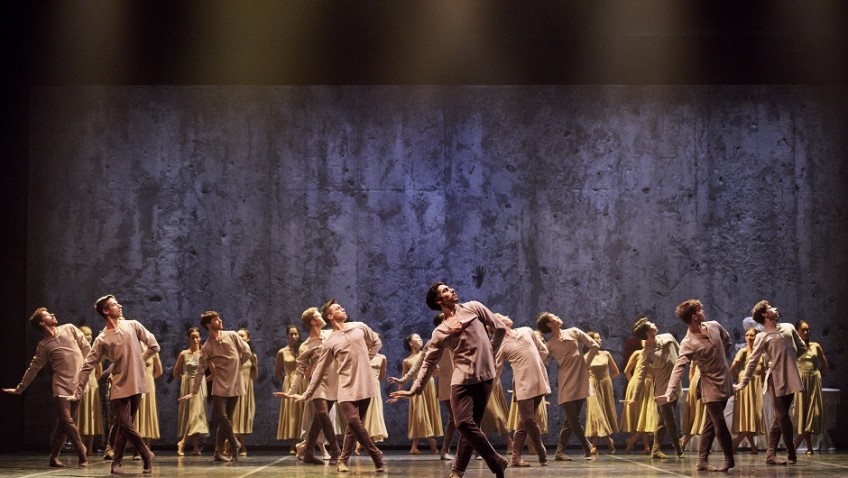 GISELLE is one of the definitive statements on Romanticism. But Akram Khan’s Giselle is not the Giselle everybody knows.

Giselle is no longer a naïve peasant girl living in Medieval Europe who falls in love with a handsome liar, who turns out to be a prince in disguise.

Giselle (Tamara Rojo) is now an outcast working in a garment factory. Albrecht (James Streeter) is a member of the rich Landlord class. The Wilis (headed by Stina Quagebeur) are ghosts of factory workers who have died on the factory floor. They carry bamboo canes and kill Hilarion (Caesar Corrales), a fixer.

The ballet has had many transformations since its premiere in Paris in 1841.

I have seen Giselle set in the Louisiana swamps by The Dance Theatre of Harlem, in a lunatic asylum by Stockholm’s Culberg Ballet and in a fictional, cross-dressing rural Ireland by Fabulous Beast Dance Theatre.

Khan’s re-invention is set in an abstract modern period, the age of the economic migrant and cheap labour. The stage is dominated by a high wall, designed to keep people out, something that Donald Trump would appreciate.

Khan’s re-interpretation is a highly dramatic experience, a major event, a modern classic in the making. The opening choreography, powerful, earthy, classic and Kathak, is relentless, threatening and thrillingly energetic

I found myself much more interested in the choreography, the dancing of Tamara Rojo, James Streeter, Caesar Corrales and the corps than in what was actually happening to Giselle, Albrecht and Hilarion.

Much more interested, too, in Lamagna’s exciting music, Mark Henderson’s dramatic and atmospheric lighting (which puts the cast in silhouette), and Tim Yip’s plain simple costumes for the migrants.