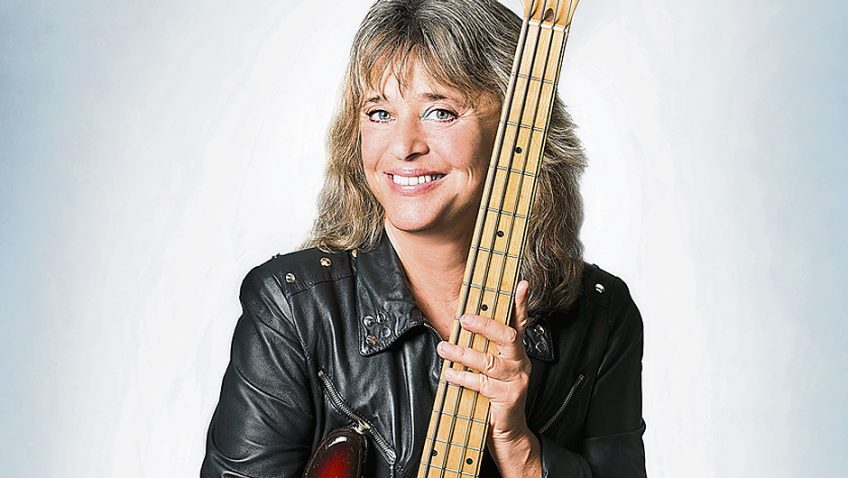 Suzi Quatro: Still the wild one

Tina Foster met the Rock Legend to talk about her life and continuing career as an entertainer.

A young Suzi Quatro burst onto the UK music scene with the huge hit, “Can The Can”, which went to number one in May 1973, and went on to sell two and a half million copies worldwide.

With her trademark leather suit and large bass guitar slung around her tiny frame she became, and still is, the embodiment of the female rock star. With her gravelly voice powering from her, her smiling pretty face and the mullet haircut she made her own, Suzi was a first: a genuine rockstar with her own style.

Catching up with her some 52 years after she first entered British pop culture, she looks and sounds almost the same. The years have been kind to Suzi but she has also worked very hard to keep herself this good. I asked her why she carries on pushing herself so hard, now adding writing to her success, and she gave the answer to what she considered a silly question “Because I absolutely love it.” (She didn’t actually use the word absolutely but in the interests of sensibility I have substituted it.)

As you may have gathered, she pulls no punches. Talking about her career which includes acting, musical theatre, broadcasting with her regular show on Radio 2, Quatrophonics, a talk show, and writing a novel and poetry, she exudes energy.

The fourth of five children, born on June 3rd, 1950, in Detroit Michigan, she was raised in a musical family, who all played various instruments. Suzi herself made her debut on stage playing bongos in her father’s jazz band, “The Art Quatro Trio”.

From an early age she studied classical piano and percussion, then aged 14, joined an all-girl band with elder sister Patti. Allocated the bass guitar “because there was one in the house” she was spotted by record producer Mickie Most, who came to a concert and offered Suzi a solo contract. She flew to England in 1971 to begin her journey to fame.

She decided her career path when, at the age of 7, she saw Elvis Presley and announced, “That is what I am going to do”. No doubt where her influence came from.

She is proud to call herself an artiste and rightly proud of all her achievements. She loves performing but still has plenty of time in her life for her two children and grandchild. I asked if she wanted them to follow her in her rock and roll life but “All I want for them is to be happy” she told me, and if anyone has the happiness gene to pass on, it is Suzi.

Her energy is boundless and she told me a story of when her mother took the whole family to the Doctor for a checkup. “Mrs Quatro” the doctor told her “don’t you ever give that child vitamins!”

Still playing, singing and bouncing around the stage wearing the leather suit, Suzi is going back on the road in October with a group of other legends such as David Essex, The Osmonds and Hot Chocolate.

Mature Times is offering our readers the chance to win free tickets to see The Legends Tour so for more details and competition entry go to
www.maturetimes.co.uk/competitions