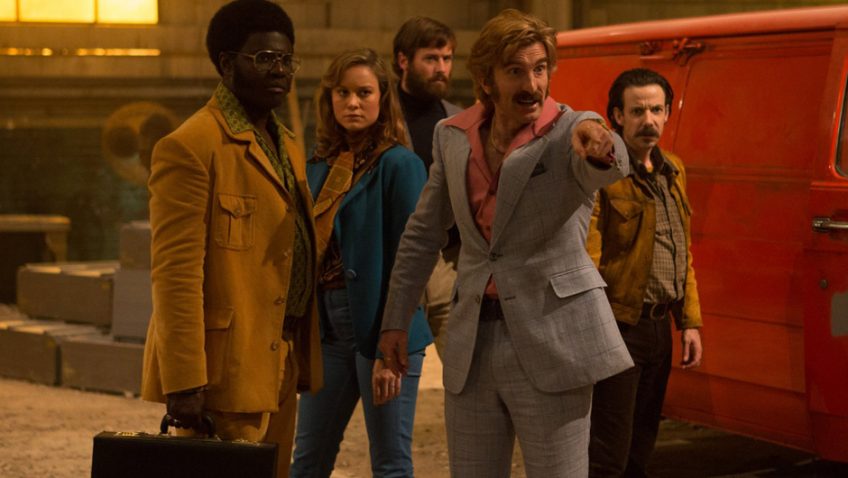 Free Fire is all guns and no talk

Free Fire (StudioCanal). Ben Wheatley, who directed High Rise, directs this action-thriller. It begins quite seriously with a tense meeting between Irish and American criminals in a large deserted warehouse in Boston, USA, in the 1970’s. The Irish are there to buy some machineguns. Things get out of control when one of them gets shot. The action is then one long, very long shoot-out, which becomes more and more absurd and comic by the minute. The characters are well aware of the absurdity. It’s all guns and no talk. The choreographed battle is technically amazing and it would be fascinating to see Wheatley’s storyboard.  The cast, which includes Armie Hammer, Brie Larson, Cillian Murphy, Sam Riley and Michael Smiley, has a lot of fun, going ballistic.

Wakefield (Signature). A New York lawyer (Bryan Cranston) puts his life on hold and opts out of marriage, job and people. He retreats to an attic above his garage where, undetected, he observes his wife and his daughters, who are visibly much happier without him. He is befriended by two autistic children. He survives on garbage. It is quite obvious he is dead and doesn’t know it. The script is essentially a voice-over monologue. The other characters are observed at a distance and their voices are rarely heard. I was pretty bored. A friend said I should read Nathaniel Hawthorne’s short story (written in 1835) instead and not to bother to read the E L Doctorow re-write on which this film is based.

Boss Baby (20th Century Fox). Cartoon. Where do babies come from? A nice 7-year-old boy (voiced by Miles Bakshi) in a single-child family suddenly finds there is horrible baby in his home and that mummy and daddy are giving the horrible baby all their attention and love. So is this going to be a Cain and Abel scenario or a David and Jonathan scenario? Also is there enough love to go round now that adorable dogs are more popular with parents than babies? Since Alec Baldwin voices the baby, and since Baldwin regularly imitates Donald Trump on television, audiences in American evidently see the cartoon as another spoof of Donald Trump, this time as a big grown-up boss baby.