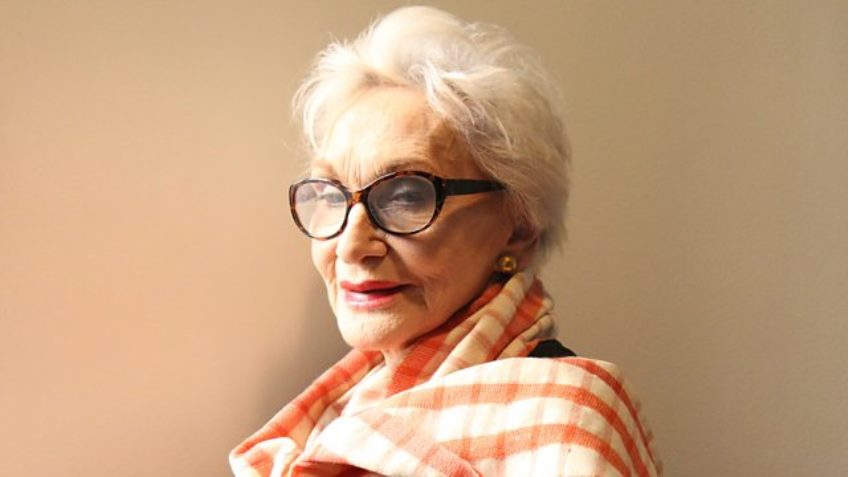 Heart-warming, intriguing, delightful: that sums up in a nutshell David Thurman’s short play The Macefield Plot. At the heart of this surprising story there springs up, under unique and amazing circumstances, a touching, intense relationship between a headstrong, rude, cantankerous elderly woman and a kind, (usually!) patient, long-suffering building construction manager who, purely by chance, becomes her sole carer. Mentally, Edith’s as bright as a button, but with declining physical health, she relies upon, and puts upon Barry more and more. Most incredible of all is that this unlikely tale is a true story that filled the real-life media in the mid 2000s.

Edith Macefield was living in a modest house, built in the early 1900s along with similar houses in Ballard, Washington State, a fishing town with a character all of its own; it was left to her by her mother who died there on the couch. Gradually, reluctantly, Ballard and its special character were swallowed up by Seattle’s unstoppable developments, so that by 2006, Edith’s was the last house standing in her area. Yet even as a vast, 5-storey shopping Mall was going up on three sides of her home, Edith turned down offers of a million dollars and refused to sell. She’d no interest in wealth; according to her she’d already lived a billionaire lifestyle with one of her four husbands. She’d been there and done that, and now, in her mid-eighties, all she wanted was to be allowed to die in peace in her familiar, old home, just as her mother had done, on the Macefield Plot.

Sian Phillips, revered Welsh Dame, venerable actress over many decades, wonderfully portrays octogenarian American, Edith Macefield as a well-rounded human being: harsh, demanding, selfish, intolerant, bloody-minded, thoughtless and seemingly ungrateful, she has, too, a capacity to be soft, caring and generous. Interacting beautifully with this stubborn, unpredictable old woman who monopolises all his time and energy, Stanley Townsend brings fabulously warm, reassuring tones to building contractor/family man Barry Martin, creating a person full of genuine kindness, empathy, sacrifice and caring, willing to forgive even when driven to frustration and anger by unreasonable demands. Deeper understanding of him emerges as we learn, too, of his relationships with wife, children, mother and dementia-diagnosed father.

As the relationship develops between Barry and Edith, the skilfully crafted play moves along in lively fashion throughout its 44 minutes. Minor characters drop in to broaden story and characterisations, well integrated sound effects switch us to new locations, and light humour keeps everything buoyant. Snatches of music – Perry Como, Van Morrison, Glen Miller, Benny Goodman – further the drama, too, along with succinct narration at the start and finish. Popping up frequently to surprise us come startling revelations, for if Edith is to be believed, she has had a richly colourful and mysterious past as spy, clarinetist, author, wife to four husbands and carer for twenty-seven children. Clark Gable, Mickey Rooney, a cousin called Benny Goodman, Adolf Hitler, and a castle all feature in it, too, while Longfellow’s apposite poem The Builders plays a role in reminding us we’re all communal architects of our fate and future.

So what happens to reluctant celebrity Edith and her home, and to her unlikely friend and carer Barry and his family? Is she primarily a sturdy symbol of defiance, attracting the attention of media and tourists, or is she just a frightened, eccentric old woman? It’s a great little play.

The Macefield Plot has just been re-broadcast on Radio 4 and is now available on BBC Sounds.