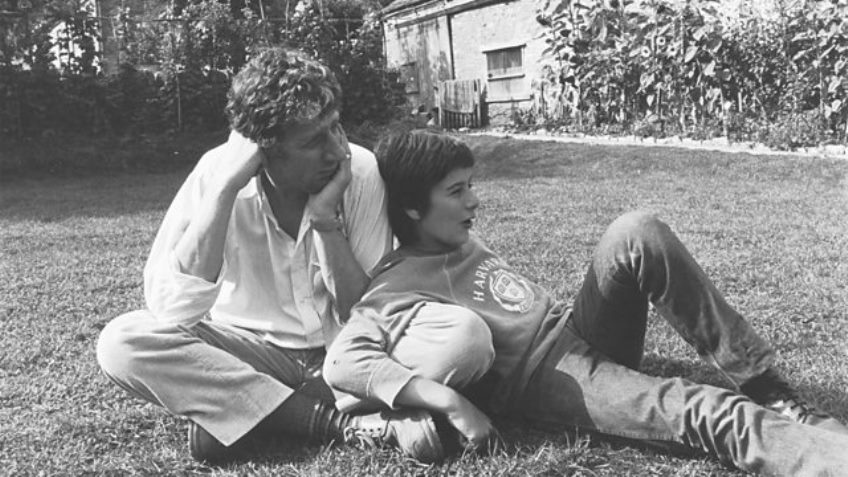 He was forever popping up here, there and, yes, everywhere, during those long decades from the 1960s on, ever keen to run away with unstoppable fluency, eloquence and erudition on any subject that came his way – whether you wanted him to or not! That was Sir Jonathan Miller CBE. Blessed with an extraordinary and unique memory, a bent for satire and humour, and curly hair, the lanky Dr Miller would enthusiastically air and share his encyclopedic knowledge of history, philosophy, art, arts and sciences – particularly medicine and the workings of the mind, pouncing with relish from one topic to another. For stage, TV and film, he directed all manner of dramas and operas, often outraging and/or delighting audiences – as with his weird and wonderful 1960 production of Alice in Wonderland. He turned his hand to acting, too, enjoying making people laugh in Beyond the Fringe sketches, wrote books and essays, sculpted, lectured, and presented landmark TV series like The Body in Question. In Private Eye, the eccentric Doctor Jonathan is presented as a preposterous pseud, while for his paradoxical qualities, Peter Hall described him as ‘a genius and a fool’.

Always busy on the entertainment front and often engendering tumult and controversy, he was, nevertheless, forever tormented by guilt and regret that he so much craved the limelight instead of sticking with medicine to become a great neurologist.

It was the facility and alacrity with which he accessed and applied his vast accumulation of knowledge and experience that largely defined the man. Yet, by the time he died at the age of 85 in November 2019, the thing he dreaded most had happened: bit by bit, his lofty, encyclopedic knowledge and masses of rich, diverse memories deserted this once eloquent, supple-minded, imaginative, all-round intellectual, so full of wit and charm as well as grumpy gloom and rudeness. Like his mother, Miller, a former president of the Alzheimer’s Association, developed Alzheimer’s, though she had died at a much younger age of 55.

In Jonathan Miller: Lost Memories, Jonathan’s TV producer/author son, William, examines his father’s life via sound-clips of friends and family, of those who worked with him, and of the man himself both before and during his illness, his decline recorded on camera by friend and producer Richard Denton. William explains that his father, along with Denton, passionately desired to make a series all about the workings of the human memory. He planned to explore and examine what and where memory is and how it defines us, given that the person each of us is depends entirely on our brain and mind. The workings of the human brain are, indeed, more complex than the workings of the universe.

A beautifully real and touching picture of the public and private man who was his father emerges as William dips into Jonathan’s miserable childhood in which parental warmth and affection were absent, and into his exceptional career and talents. We hear from Peter Cook, Dudley Moore, Clive James, Eric Idle, Penelope Wilton, Malcolm Muggeridge, Anthony Clare of the famous psychiatrist’s chair, from Alan Bennett who was Jonathan’s good friend and neighbour right till the end, and from his GP wife for 65 years, Rachel. William examines, too, different aspects of memory, looking at the brain’s operating processes as it prunes, curates, links, cross references and accesses memories, and at what happens when protein plaques close down the connections upon which these processes depend.

This is a fascinating look at a man with an exceptional mind and memory, one of the greatest minds of his generation, who was himself fascinated by every detail of just how brain and memory function make us the individuals we are.