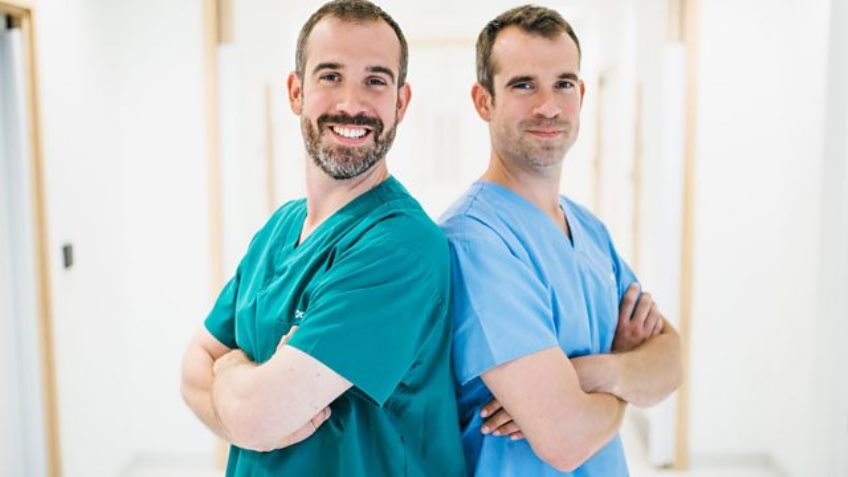 Amongst his many accomplishments Chris van T is a specialist in virology and infectious disease. In Jump he looks at how and why some viruses that originate in animal species can jump into humans, and he finds out how likely and how often it may happen in the future. In fact, even our influenza all started out in birds.

With contributions from experts, as well as the occasional genned-up kids and odd talking duck, the episodes deal in turn with Covid-19, Bird Flu and HIV, tracing certainties and uncertainties, and possibilities and probabilities of the origins and routes of the virus’s hop, skip and jump journeys.

Currently around 1.7 million pathogens in mammals are “out there” ready to test their viability in whatever species might come their way. This may sound scary and alarming, but, of course, if left undisturbed where they are, just minding their own business in the remote, isolated, wild places they live, they can’t reach humans at all. But we humans are now, of course, encroaching ever further into the remotest wild places of the world to take more land for human use, and in so doing we create our own problems and crises by changing the balance and interfaces of nature.

Infected animals have been eaten, of course, for thousands of years but in a world of local, isolated populations, outbreaks couldn’t travel far and that was that. Now, everything’s global, including food chains: animals not much eaten before now get eaten by people who range much further and may also bring them to markets. By destroying their habitats, we also weaken animals’ own immune systems, at the same time, enabling those hops, skips and jumps of pathogens from one species to another to another.

Dr Chris examines the potential routes viruses may take via bats, civets, minks, ferrets, badgers, racoon dogs, pangolins, birds and pigs, and points out how much more efficient Nature is than any human lab could ever be at creating havoc-raising pathogens.

No, it’s not a jolly topic, especially when we learn of the potential for bird flu to be so much deadlier than Covid-19 and of the inevitability that it will definitely come along at some point. Thanks again to humans, far-ranging, migrating wildfowl come together nowadays with vast, vast numbers of domestic chickens, all in very close contact with each other and with humans. Chickens, like pigs, are ideal “mixing vessels” where different strains of flu virus can get together in the same cell, pooling potentially deadly resources and emerging triumphant, ready to jump wherever they can. Places like Hong Kong are already working out strategies to pre-empt the jumps, but it’s no mean task.

Though not a programme for the faint-hearted it’s all interesting stuff, and knowledge, they do say, is power. Chris and his learned contributors tell it as it is, and we know we can trust him… he’s a doctor!

Jump is broadcast on Radio 4 and on BBC Sounds