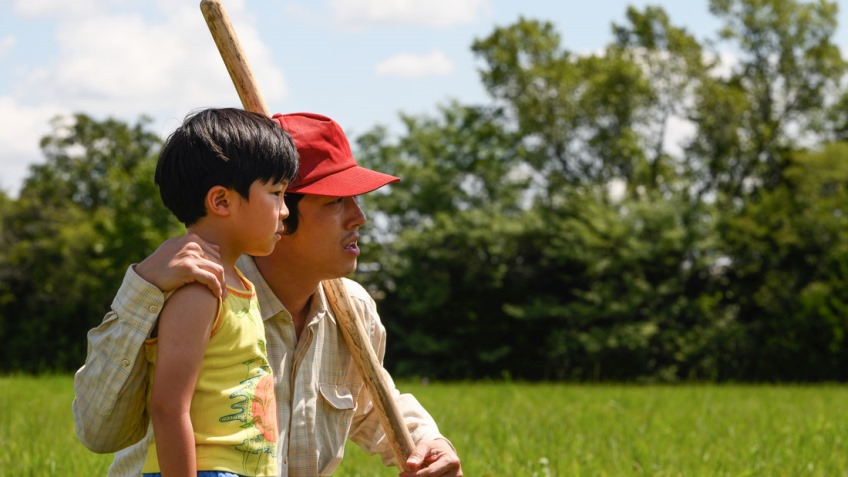 PRIDE AND PREJUDICE (BBC iPlayer). The Hollywood 1940 Greer Garson-Laurence Olivier version is not for admirers of the novel. It doesn’t look like Jane Austen. It doesn’t feel like Jane Austen. It doesn’t sound like Jane Austen. The script is an aberration. There is no irony, no wit, no subtlety. The acting is broad. Robert Z Leonard directs. Everybody behaves as if they were in a theatre on stage. Olivier, playing Darcy, thought the film was awful. Edmund Gwenn and Mary Boland as Mr and Mrs Bennett and Edna May Oliver as Lady Catherine de Bourgh fared better. Melville Cooper, cheaply comic as Mr Collins, had no reality whatsoever.

MINARI (A24). Lee Isaac Chung won a Golden Globe for this autobiographical film. 30,000 Koreans arrive in the US each year. An American-Korean (Steven Yeun, excellent), much against his wife’s wishes, decides to become a farmer in Arkansas and grow Korean vegetables. Life is hard. They make a living sorting out female chicks from male. The acting is so subtle I felt I was watching a documentary. There is a remarkable performance by 7-year-old Adam S Kim.

THE NAKED CITY (Arrow) is New York and its 8 million people in 1948. Jules Dassin directs this quasi-documentary tribute to a homicide squad (headed by Barry Fitzgerald) investigating a murder of a young woman in a bath. It was all shot-on location, climaxing on Williamsburg Bridge and winning photographer William Daniels an Oscar. So long as the film sticks to fact, police routine procedure, with running commentary, it is fine; but the moment it gets fictional, the plot is poor and the acting is not good enough.

A TRIP TO THE MOON (Arrow). One of the most iconic film images most people would immediately recognise is the man in the moon with a rocket in his eye. Film pioneer and master magician Georges Méliès in 1902 made the very first SF movie. Lasting just 12 minutes, it is a series of animated stagy tableaux with spectacular scenery and crowds (including girls from the Folies Bergère). The optical effects are fantastic and a lot of fun. I am surprised nobody has ever tried to turn it into a stage musical with ballet. Thomas Edison pirated the film in the USA with the result Méliès made no money from it. He died in poverty.

HOLY MOTORS (Arrow). I can think of a better word than motors for Leos Carax’s 2012 SF nightmare. Edith Scob drives Denis Levant round Paris in a white stretch limo which also serves as a theatrical dressing-room. He visits different locations, graveyard, factory, champs-elysees, etc, etc, and has a murderous time, playing 10 wildly different roles and changing his make-up. The film has been much admired by some. “I make movies for the dead,” Carax has said. Merde!

A GHOST WAITS (Arrow). We have to wait a very, very, very long time before the ghost arrives and when she does finally arrive, the film falls apart. She describes herself as a spectral agent. She is employed to haunt houses, a good keep-your-distance job during Covid you might think. The script and the acting are amateurish. Adam Stovall’s modest black and white movie is at its best when MacLeod Andrews is all alone in an empty house and cleaning it. There’s more tension then.