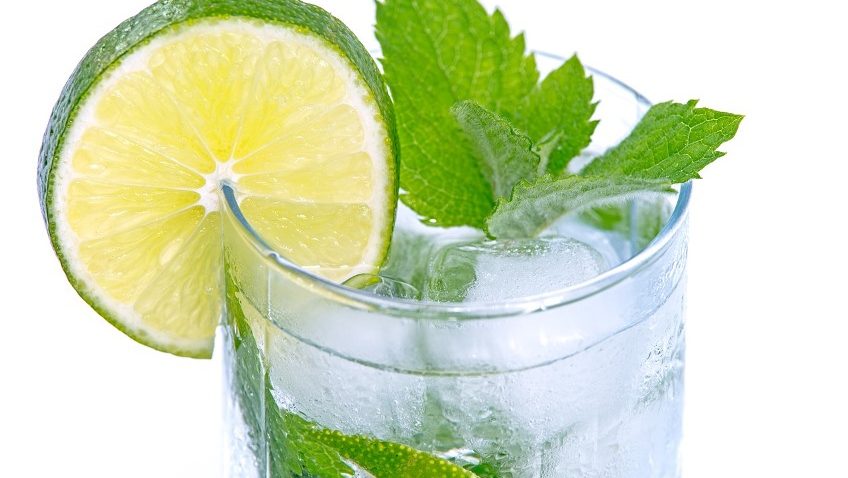 Tonic water no longer tastes just plain and fizzy it now comes in a range of fruity and floral flavours designed to be drunk on its own or as a mixer with gin (makes the classic gin and tonic) or with wine (to make a wine spritzer). There’s been a corresponding boom in companies making it and so the choice is no longer just Schweppes but the likes of Fever-Tree, The London Essence Co and Folkington’s.

Just when you thought you’d got the hang of tonic water (plain Indian style or flavoured?) then the addition of soda waters (plain or flavoured) by the same brands makes the drinks choice even greater. These sour tasting fizzy drinks have the addition of bicarbonate of soda (more often used in cake and bread recipes to make them rise) making them taste all tingly and alkaline.

But why would you drink tonic water or soda? The answer lies in the history of medicine when the cure for malaria (a fever brought on from mosquito bites) was an infusion of the bark from the cinchona tree called quinine. The resulting drink tasted bitter and so was made more palatable with the addition of sweetened soda water. Often drunk by British soldiers when serving overseas in India, the tonic became known as Indian Tonic and was made even more agreeable by mixing it with gin and then adding a few drops of Angostura Bitters which turned the gin and tonic pink – hence the arrival of the pink gin.

But with so many tonic waters and soda brands out there, which is the best to drink as it is or as a mixer?

As an alternative choice in the non-alcoholic drinks sector, flavoured tonics and sodas have a great appeal. The London Essence Co Bitter Orange and Elderflower Tonic Water makes a great tasting short sip (coming in 150ml or 200ml versions) but unfortunately the rest of their flavoured range was overly reliant on grapefruit flavour – which is a bit difficult to like outside of breakfast. Folkington’s English Garden tonic and their Earl Grey tonic won the final places on the fridge door shelf.

Folkington’s Earl Grey Tonic Water
45p to 79p
£3.60 8x150ml cans Ocado (equivalent to 45p each)
£19 24x200ml bottles Folkington’s direct (equivalent to 79p)
4*
Flavoured with Earl Grey tea, this tonic water has the expected perfume of crystalised orange that comes from the oil of bergamot in the tea. The flavour is like cold tea with a slice of lemon. This works surprisingly well mixed with white and rosé wine to make a wine spritzer.

Folkington’s Club Soda Water
56p to 83p
£4.50 8x150ml cans Ocado (equivalent to 56p each)
£14.50 24x150ml cans Folkington’s direct (equivalent to 60p each)
£20 24x330ml cans Folkington’s direct (equivalent to 83p each)
2*
Soda water has added bicarbonate of soda to give the sourness – an ingredient more often found in the kitchen and added to scones and cakes to help them rise. This plain soda drink is lightly fizzy and tastes like poorly cooked pastry. The flavour comes alive when mixed with rosé wine to make a spritzer – the result tastes almost like Champagne.

The London Essence Co Bitter Orange and Elderflower Tonic Water
54p to £1.85
£3.25 6x150ml cans Ocado (equivalent to 54p each)
£18.99 24x200ml bottle Ocado (equivalent to 79p each)
£1.85 500ml bottle Ocado
3*
A pleasant flavoured tonic water with the elderflower dominant followed by orange and an expected bitter quinine ending. Sweet orange aromas add to the appeal. Makes a good addition to the classic gin and tonic as the aromas stay fresh while the flavours remain but don’t take over.

5* outstanding – the top rating given by wineuncorked.co.uk
4* very good wine
3* good wine but over priced
2* a disappointing wine
1* little to offer
0* avoid – pour down the drain